If you think you have seen all of the most amazing documentaries in the world, you have another think coming. 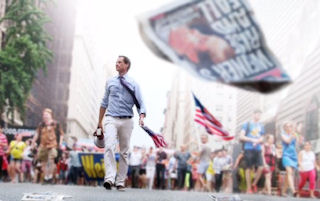 This much everybody knows: Former U.S. representative Anthony Weiner was a rising star. He won seven terms to the US House of Representatives but resigned after a sexting scandal. He had some undetermined therapy, claimed he had moved past his compulsions and then repeated the scandal in the middle of a fiery bid for New York mayor. This is his story. At least part of it.

On the surface, this is a strangely riveting documentary. Even though the viewer knows everything in the film, it is simply beyond belief to see it played out, especially since the subject himself is in almost every scene. As the audience unsuccessfully tries to get inside his head, his wife, Huma Abedin, stands by his side as our sounding board. Attempts to chalk the whole thing up to the imagination are thwarted by her continual reminders that what happened is not a dream. It is real, all too real.

Therein lies the strength of this epically quirky essay on human behavior. It is not the actions of the man himself that enthrall us, it is the reactions of the people around him that pull us in. After all, in spite the worst timed missteps in political history, he still racked up 5 percent of the mayoral election vote. Huma cannot believe what she is seeing, nor can we.

Shades of “Primary Colors” seep into the story as it is disclosed that, among his many other credits, President Clinton officiated at the Weiner’s wedding. Weiner’s mayoral campaign staff echo Huma’s looks of disbelief. We beg for answers in their eyes but find none. Perhaps the only answers are in ourselves. If the truest duty of the artist is to disrupt, disturb and, above all, to provoke thought, this film is a masterpiece. It cannot be categorized nor filed away under any general heading.

Politicos once close to the candidate exclaim “What’s wrong with you?” The story asks the same of us. As the candidate asks at several junctures in the movie, “Are you my judge? Well, are you?” As they said about Bill Clinton, nobody died, nobody went to prison. The same is true of the subject’s superficial meltdown. Does anyone have the chops to somehow balance outrageous breeches of social norms against substantial gains on behalf of the public good?

How does one compare the disgrace of a life of lies, such as in the case of a multitude of other politicians, not to mention members of the clergy, to outlandish actions in plain sight?

A tragic story, yes, but a prodigious work of art. Seeing this film it is as impossible to view it voyeuristically as it is to pronounce judgment. As the Rolling Stones said, “I shouted out who killed the Kennedys? When after all it was you and me.” 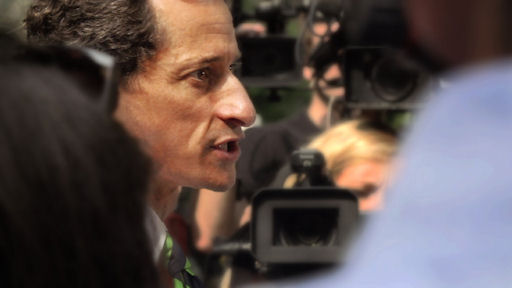