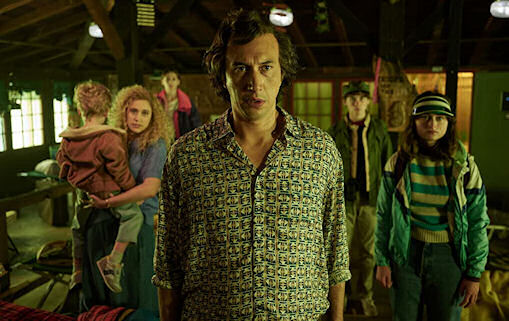 Academia! That ivory tower where esoteric thought and meaningless, endless conversation about nothing substitutes for real life. If the words are big enough, the problems are made small enough. At least at the “College on the Hill.”

This is the world we are temporarily transported into by writer/director Noah Baumbach (“Marriage Story”), who is working from the novel by Don DeLillo.

The film takes place in Blacksmith, a college town, probably in the Midwest. Jack (Adam Driver – “Marriage Story”) is a professor at the aforementioned very liberal artsy college where he has created his own niche: Hitler Studies. He is a paunchy, comfortable, self-satisfied character, secure in his position and in his family consisting of fourth wife, Babette (Greta Gerwig – “Isle of Dogs”), three blended kids, and one child of their own. They live in a large home on a comfortable street of other large homes clearly occupied by similar comfortable families.

What DeLillo and Baumback are setting up is much like the opening scenes of David Lynch’s “Blue Velvet” and, like that classic, there is more, much more, to be uncovered.

Jack has made friends with a new professor, another uber-intellectual, Murray (Don Cheadle – “Avengers: Endgame”), who teaches classes on Elvis Presley as an avatar of modern times. Their juxtaposition of Presley and Hitler during an impromptu class presentation is hysterical. It also allows Baumback to introduce another character: death. For at the same time, these two academics are comparing life events of two influential but deceased individuals, an ecological disaster is taking place just outside Blacksmith. A train consisting of tank car after tank car of toxic chemicals collides with a tanker truck full of flammable … something. Life and death become the leitmotif of the film.

After a period of denial, as an ominous black cloud of toxic gas spreads toward town – Jack explains that disasters such as the family fears don’t happen to educated, financially and socially secure people like them – pandemonium strikes. This is beautifully summarized in a view of the neighborhood street now strewn with garbage from trash cans which the panicked residents had smashed with their fleeing station wagons. Only moments before the cans had been tidily arranged at the foot of each driveway.

The film is filled with wonderful set pieces, ominously delicious visual like the toxic cloud glowing inwardly with fire, and ever more bizarre characters. It’s as if the family had wandered into Terry Gilliam’s “Brazil,” or one of Wes Andersen’s tales.

The acting is spot on throughout, and the dialogue sparkles and bristles. Perhaps the only shortcoming is the time spent explaining a mystery that is threaded through the whole film, but becomes the central point near the end. The mysterious Mr. Gray (Lars Eidinger) adds an ominous/wacky/pathetic element to bring the film full circle. It is pivotal, but overlong.

If you are looking for film with excellent performances, scripting, clever setups, and a healthy tweaking of modern American life, this is it. Only in America is a suburban hypermarket more like a sacred cathedral and a church less like the house of God. 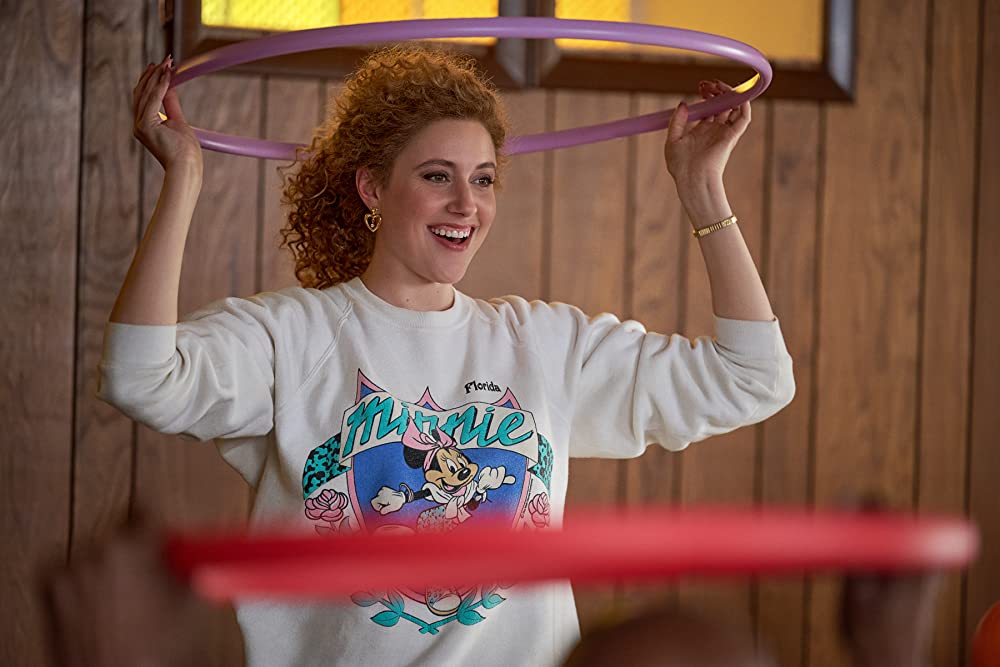