Review: Wife of a Spy 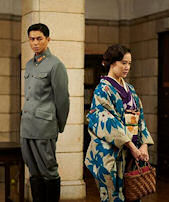 A loyal warrior once proclaimed he would give his life for his country. “Yes,” his commander said, “But would you give your honor?” The greatest heroes sometimes are called to do exactly that. Risk disgrace and ostracization as well as imprisonment and possible death for an ideal they hold precious. As risky as this is in the USA, it was probably worse in WWII era Japan. While women would later jump off cliffs to avoid being taken prisoner by the Yankees one woman betrayed her country to prevent the ultimate of the most terrible of war crimes, genocide, and the proliferation of the most terrible of weapons, biological infection.

Yu Aoi plays Satoko Fukuhara, the wife of prosperous textile importer Yusaku Fukuhara (Issey Takahashi). While both are loyal Japanese citizens on the eve of WWII, Satoko might be the most loyal. She is joined in this by the couple’s close friend Yasuharu Tsumori (Masahiro Higashide) who has joined the military and risen quickly to the rank of squad commander. Director Kiyoshi Kurosawa and his co-writers Ryusuke Hamaguchi and Tadashi Nohara use the character of the blindly ultra-loyal Yasuharu to keep the couple, and the viewer, fully informed of the utter social immolation and total corporeal devastation that accompanies a lack of loyalty, not to mention outright treason.

The stakes are lethal and this movie will not let us forget it.

On a business trip to occupied Manchuria, merchant Yusaku stumbles onto something that jolts him into a change he never thought he would see. Japan is conducting horrific experiments in biological warfare. Yusaku is presented as a thinker first and a loyal citizen second as opposed to their military friend Yasuharu who is the opposite.

This duality is intersected by Satoko who cannot conceive of her husband doing anything contrary to the edicts of the emperor. As she becomes fully aware of the threat, we are Satoko confronting our everyday contradictions and trying to divine the proper path. She agrees to support her husband even though soldiers arrest and bring her to brutal torture as the last remaining piece of damning evidence plays out.

The sets and costumes are perfect, conveying the physical appearance of early 1940’s Japan in fascinating detail. Many of the scenes include bird calls outside the walls of perfectly neat and clean traditional houses. These are birds that will not be seen for years in the beleaguered nation. Beyond that there are the soldiers marching in the streets and the increasing hysteria of war that threaten the Fukuhara’s with permanent nightmares every time they leave the house. The torture is unvarnished as are the smuggled pictures of Chinese murdered at the hands of radical Japanese military scientists.

The choice of the couple to go to America is an interesting one, suggesting that the film makers are sympathetic towards an east-west brotherhood at least in the present day. One of the few movies that dares to show the second world war from the Japanese viewpoint, especially from the perspective of those Japanese who selflessly thought of humanity first and victory second. For another good story of a woman who risked everything see Kiera Knightly in “Official Secrets” about the British whistleblower who leaked an illegal NSA spy plot to force the UN Security Council into sanctioning the invasion of Iraq. 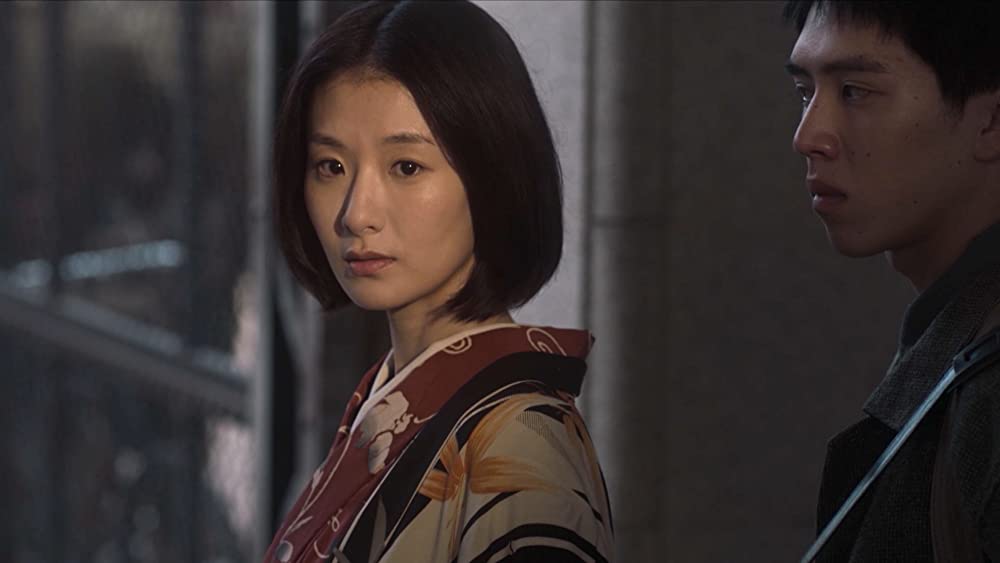