From Warner Bros. Pictures and Akiva Goldsman, a well-known producer and writer making his directorial debut, “Winter’s Tale” is a movie loosely based on the 1983 novel by Mark Helprin. It is a tale of love, loss, destiny, the fight waged between good and evil and the miracles that live in each of us. The film, which takes us from 1895 to 1916 and ends up in 2014, shows our main character’s life and his quest to find his destiny.

Set up in an alternate universe much like our own, we are told that in each of us lies a miracle meant for one specific person and the forces of evil are constantly trying to stop these from occurring, consequently tipping the scales in their favor.

After a brief prologue, we meet Peter Lake (Colin Farrell), a young man set adrift by his parents in the New York Harbor after they were denied admission to the United States. As he grows up, his talents for machinery go out the window when he works for Pearly Soames (Russell Crowe), a local crime boss who also happens to be head demon over the New York area.

When Peter strays too far from Pearly’s directions, he is then put on a hit list and is almost killed until a majestic white horse comes and intervenes and saves his life. The horse – which he lovingly refers to as “Horse” for the entire film – takes him to a house he intends to burgle before escaping the city. However, he meets its solo resident, Beverly Penn (Jessica Brown Findlay), and is enraptured by her beauty. He learns that she is dying of consumption – now called tuberculosis for those who don’t know — and has a fever that forces her to keep her body temperature very low to slow down her deterioration.

The war between good and evil wages on and our two lovers are caught in the middle. We jump forward nearly 100 years and we find Peter, still alive and un-aged but with amnesia, on a quest to fulfill his destiny, a destiny which brings him into contact with Virginia (Jennifer Connelly) and her young daughter, Abby (Ripley Sobo).

Will Peter once and for all be able to fulfill his destiny and grant his miracle or will the heinous Pearly and his dark forces prevail over him? 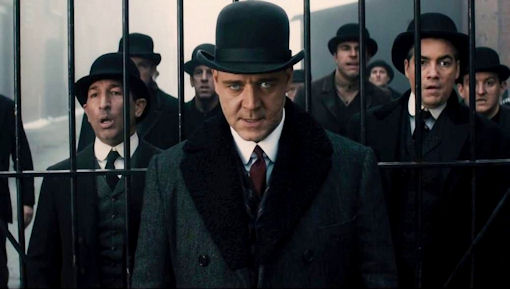 I purposefully went into “Winter’s Tale” completely blind. I wasn’t even aware it was a book until after I saw the movie. What I found was a surprisingly touching film filled with love and some great (and some not-so-great) performances. The cinematography helped sell the enchantment of the story and some great chemistry between our leads sold it even further. There were some nice surprise cameos in the film as well that lead to some great moments. However, I will admit that I probably enjoyed this film slightly more than I normally would have because I saw it right after watching “Endless Love,” which was so formulaic and predictable that it made “Winter’s Tale” seem original and sweet.

I think the biggest error in the movie was casting Russell Crowe as this villain. He is nearly laughable with an accent that doesn’t seem to pick a country of origin. He plays the role of Pearly so far over the top that he seems like a cartoon villain. I also think that the supporting cast was underutilized the majority of the time and the story, which seems to be all over the place at certain times, can be confusing.

What I got out of “Winter’s Tale” that I wasn’t expecting was a feeling of hope, love, the ability to change and having faith. I appreciated the film’s take on angels, demons and the fight to keep love and miracles from spreading through the world. There was some great imagery, including the horse which is essentially a spirit guide to Farrell’s character. Also awesome was the look of the film, including the costumes, sets and use of snow that could signify purity and innocence.

There were some great performances from children and the love between Beverly and Peter always seemed genuine. I honestly think the majority of the bad reviews from critics and fans are those who are being far more critical of the film because they are comparing it to the book, but film adaptations rarely ever come close to capturing the complexity of a good book.

This movie was a passion project for writer and director Akiva Goldsman, whose wife died while he was writing this film’s screenplay and you can tell this became a passion project for him. The love and tenderness between characters shows a true vision and an unwavering belief in true love. 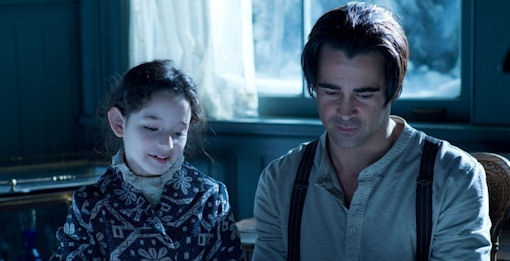