Guardians of the Galaxy: Trailer 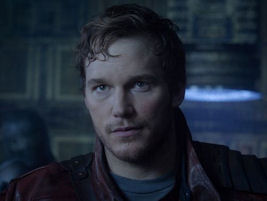 Marvel’s “Guardians of the Galaxy” takes us into the cosmos where hot-headed half human/half alien adventurer Peter Quill (Chris Pratt) finds himself with a bounty on his head. He is the subject of an unrelenting manhunt by Ronan (Lee Pace), a powerful villain with ambitions that threaten the universe. Ronan is after a mysterious orb Quill has stolen.

Once Quill learns of the orb’s origins and its true power, he must do everything in his capacity to stop it from falling into the hands of anyone who would use it for destruction. He aligns himself with a ragtag group of misfits and convicts: Rocket (voiced by Bradley Cooper), a gun-toting raccoon; the revenge-driven Drax (Dave Bautista); the dark and deadly Gamora (Zoe Saldana); and Groot (voice by Vin Diesel), a tree-like humanoid. Together, they form the “Guardians of the Galaxy.” Now, with lethal mercenaries on their tails — no pun intended –this group must learn to become a team and possibly the saviors of life as we all know it.

Now, the wait is finally over and the very first trailer for “Guardians of the Galaxy” has arrived. The trailer premiered on Jimmy Kimmel Live and we have it here for you. Check it out and if you want to know more, then check out the plot synopsis and my thoughts below.

Ever since July 2012, when it was announced at the San Diego Comic-Con that the Marvel Cinematic Universe Phase 2 set of films would be bringing us a live-action “Guardians of the Galaxy” film, I have been intrigued. First, it was interesting that we would finally see some intergalactic space action and how literally expanding this universe would bring endless opportunities to expand not only the characters we would see, but also the villains that we have come to know over the past 50 years in comic books and cartoon shows. I will admit that I wasn’t too familiar with this particular cast of characters, but I made it my mission to learn more about them and I have.

“Guardians of the Galaxy” is being directed by James Gunn and, as you might be able to, tell I really enjoyed this trailer. While the film is a departure from what movie-goers have come to know in the characters and even the storylines from the Marvel movies, this expansion into space is just what we need to spice things up and keep the upcoming sequels feeling fresh. 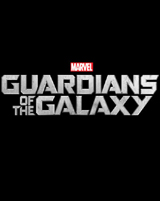 The best part of this trailer – beside the awesome visuals and overall energy — was the tone it set right from the beginning. I loved the sarcasm and joking that carried itself all the way through to the end, and even though there was lots of action to take in, I kept laughing while I was watching it. I am just very pleased with everything we got to see in this teaser/first trailer.

I really have no complaints other than it would have been nice to hear some of the other cast members speak. However, I understand their intent to focus on Peter Quill, who is the leader of this gang and who will be the front man of this movie.

Yes, I might have had my doubts with certain casting choices when they were first announced, but just as always, Marvel Studios knows what it is doing and is showing us this grand vision they have, one film at a time. While every film may not top the previous one, they are always fun to watch and each offers something different to the viewer.

So what did you think of this trailer. Was it everything you hoped for and did you have any idea who these characters were before watching it? Leave a comment and let us know.