Tonight will be a memorable one for many Superman fans, comic book fans and, of course, “Smallville” fans as the story about a young Clark Kent before he becomes the Man of Steel ends with its two-hour series finale.

Here is the official and final description of the series finale: 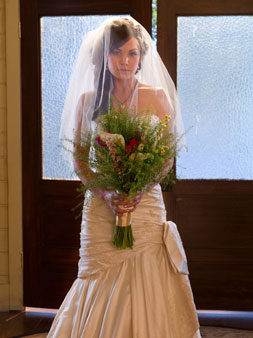 For once, I’m actually happy the description isn’t that clear because I want to know as little as possible before I see the finale. All I know about the finale, from the images I have seen, is Lex Luthor returns and there is a wedding between Lois and Clark.

Several trailers have been released, but since this is the finale it would feel wrong to show them here and perhaps ruin it for some people who don’t want to spoil themselves. If you want to see preview clips and other images, go to http://cwtv.com/shows/smallville or their YouTube site. All I will say is that they will make you want to tune in for the finale on Friday.

It just makes me so happy that so many are returning for the final episode, especially Michael Rosenbaum, who I actually for a while didn’t think would return. Of course, I’m happy that actors such as Schneider (whose return will be one of the most interesting ones), O’Toole, Mack and Glover are in the finale, but I kind of always knew that they would return for the finale. With Rosenbaum, there were times when I thought he would and then times where I didn’t think he would. But he did this for us, the fans, which I will never forget.

With this being the last preview that I will do for “Smallville,” I want to share my final words in this article. “Smallville” has been more than just a TV show for me. When I was growing up, one of my biggest role models in life was (and always will be) Superman and after what happened with Christopher Reeve, I thought that we would never see someone portraying the Man of Tomorrow as wonderful as he did. But in 2001, “Smallville” came to our little screens and the torch was passed to a young man named Tom Welling. I’m aware that he likely will never see this, but all I want to tell him thanks. He made me believe once again that a man could fly (even though he hasn’t literary done it yet) and he has no idea what an influence he has been. To me, he is a true Superman, and always will be. I wish him the best of luck and I can’t wait to see what else he has to show us as an actor and director.

And, of course, let’s not forget everyone who has worked so hard with “Smallville” for the past 10 years. Every one of them has brought so much to us every week for the past decade and I will never forget this incredible show. It will always have a special place in my heart. It’s been a beautiful and amazing journey.

Will we see our hero put on that suit and fly away? Will he defeat Darkseid? If you want to find out, then don’t miss the epic two-hour series finale of “Smallville” tonight at 8 p.m. EST on The CW and be sure to check back here for IJM’s review of the finale. Let us know your expectations about the finale, by hitting with your comments to the right.