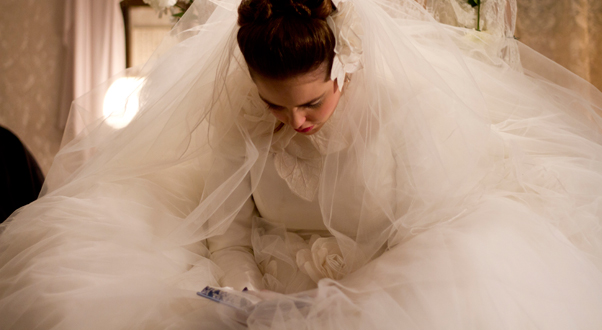 Sony Pictures Classics has announced that it has acquired all North American rights to Rama Burshtein’s directorial debut, “Fill the Void.”

Written and directed by Burshtein, “Fill the Void” played in Venice and Toronto to enthusiastic audiences and will make its U.S. debut at the New York Film Festival. The winner of seven Ophir Awards, including Best Picture, “Fill the Void” is produced by Assaf Amir, who previously worked with Sony Classics on “Broken Wings.”

“Fill the Void” tells the story of a young Orthodox Hassidic girl, Shira, and her family as they are struck by tragedy when her older sister dies in childbirth, just when Shira is about to be married. When her sister’s husband is pressured to remarry and her mother makes a shocking proposal, Shira is forced to choose between her heart’s wish and her family duty.

“We’re very happy to have Sony Classics represent our film in North America,” said Producer Assaf Amir. “[Director Rama Burshtein] and I feel that this collaboration with Sony Classics is a big boost to our hope of exposing this special story of an Orthodox family in Tel Aviv to the American public.”