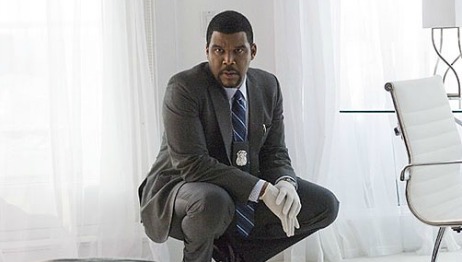 In “Alex Cross,” Tyler Perry attempts to prove he’s more than just a comedic actor and is somewhat successful.

Opening tomorrow, the Rob Cohen film — based on James Patterson’s successful novels — follows detective Cross (Tyler Perry) on a manhunt for sadistic killer. Set in Detroit, Cross and partners Kane (Edward Burns) and Monica (Rachel Nichols) are assigned to capture the sadistic hit man known as Picasso (Matthew Fox) before he reaches a French businessman, Leon Mercier (Jean Reno), who is on his hit list.

Sounds like the makings of a pretty promising action flick, right? Well, unfortunately “Alex Cross” falls short. The film itself isn’t devoid of action, however. The issue is that the movie simply lacks tension and originality. Plus, the action sequences are clumsy. The final fight scene during the picture’s climax, shot far too close, is so chaotic it was difficult to discern who slugged whom, but by the time you’ve made it that far, you don’t really care.

This isn’t to say that that Perry doesn’t give it his best effort; he did. It just wasn’t enough. Nonetheless, the film’s failures are not entirely his fault. The screenplay itself is elementary and uneven. Here we have an intelligent detective who is smarter than everyone on the force, yet his brilliance is never conveyed. Perhaps most of the blame falls on screenwriters Marc Moss and Kerry Williamson. Moss co-wrote the plot-hole-ridden adaptation for “Along Came a Spider,” which only received a 32 percent at Rotten Tomatoes. This makes one wonder why Cohen and the producers picked Moss to write the script in the first place.

Back to Perry’s acting, try as he may to play it tough, he’s no Denzel, Damon or Cruise. Absent of charisma, he doesn’t have the swagger to pull off the badass persona believably. But his portrayal of Alex Cross was better than I expected in that I did not think of Madea once.

As far as the rest of the performances are concerned, Cicely Tyson is always a pleasure to watch and both Edward Burns and Rachel Nichols were adequate. However, most of the chatter will be about Matthew Fox’s flat interpretation of a sadistic psycho killer, which was a mix of Christian Bale’s work in “American Psycho” and Heath Ledger in “The Dark Knight.”

“Alex Cross” wasn’t entirely terrible. I found great amusement in some of the cheesy dialogue and horribly choreographed hand-to-hand combat sequence, which I alluded to earlier this review. Furthermore, it was refreshing to watch Tyler Perry step out of his comfort zone and challenge himself. Although not entirely successful in the action genre, he’s proved he’s more than a comedic actor. The same can be said for Fox, who lost 35 pounds for the role of Picasso, the antithesis of Jack Shephard.

In spite of my misgivings for “Alex Cross,” the film could do fairly well at the box office. Tyler Perry’s fan base is substantial and his name is what Summit banked on. In fact, the sequel is in its planning stages. Since the film’s price tag was a modest $23 million, should “Alex Cross” rake in the projected $18 million Summit believes it will earn opening weekend, a second installment is pretty much a no-brainer. 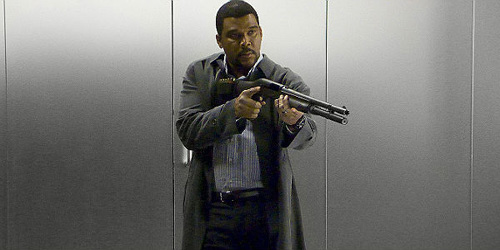