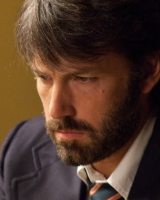 This is a riveting, masterfully directed important movie that celebrates the true American spirit. This is the story of Tony Mendez. He takes risks, sees what’s right and lets his guts and conscience lead the way.

Ben Affleck, both director and lead, reflects the conflicts between nations, people and policies through all the levels of production development. His soundtrack choices, lighting and camera stability telegraph a shivering clash. Comic zingers are juxtaposed to life and death decisions and cacophony smacks into the silence and order of the CIA operative. The tension of the conflict reverberates as Affleck nails this baby to the ground in multiple layers of cinematic brilliance.

To its extreme credit, “Argo” begins with an account of the historical set-up behind the Iranian rage that led to the US embassy take-over in Tehran. It is a short story of oil company perfidy, via US and UK governments. The targeted Iranian prime minister, Mohammad Mosaddegh, elected democratically by the Iranians in 1950, had nationalized Iranian oil concerns.

After three years of Mosaddegh’s populist rule, a US CIA/UK M16 backed coup jettisoned Iran back to a dictatorial monarchy. The impoverished Iranians lost their chance at financial stability while their new leader, Shah Mohammad Reza Pahlovi, dutifully returned the oil biz and its profits to the conglomerates, ruthlessly punished those opposing him, and had his lunches flown in each day from Paris.

About 25 years later, the Iranians gathered enough strength to successfully revolt. It’s no big surprise that when the Shah escaped in 1979, with a plane allegedly laden with gold bars, that his country wanted him back for a court trial. With anger, frustration and revenge in many Iranian hearts, the hostage crisis began about 10 months later.

During the debacle of the American embassy hostage crisis in Iran from Nov. 4, 1979, to Jan. 20, 1981, it turned out that six Americans had secretly slipped out of the embassy on the day of the take-over. They had found refuge at the Canadian ambassador’s residence. In the meantime, the Iranians announced that the embassy staff were spies and beheadings or firing squads were promised for the American captives if the exiled Shah was not returned for justice.

Tony Mendez, brilliantly played with studied understatement by Affleck, ends up the CIA op with the Moses assignment. Get our people out.

Ben Affleck is not slapping any backs in the CIA or White House. This is a film about who and what really matters. It is about loyalty, truth and doing what’s right. It’s about courage, faith and trust. This, my friends, is finally a film about the essence of the good American, the one we thought we were destined to be. It’s about the indefatigable, optimistic American spirit putting everything on the line for freedom.

Filtered with footage from the time of Walter Cronkite, Mike Wallace and Ted Koppel and infused with clever writing, remarkable vintage sets, seamless editing and humor with impeccable timing from John Goodman and Alan Arkin, this was just a great film. This story is surrounded by a total environment of insight, intelligence and care. The Oscars are coming. 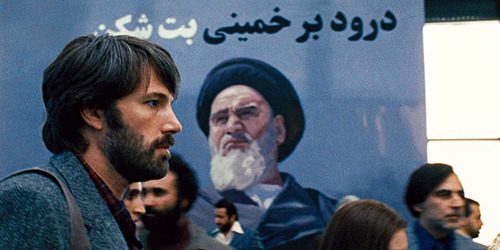