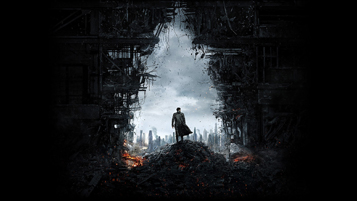 The folks at Paramount just released a groovy motion poster via Empire Magazine for “Star Trek Into Darkness.”

Complete with sound, John Harrison (Benedict Cumberbatch) lets it be known he’s out for vengeance and wants to destroy us all. As expected, not much is known about the plot, but what we can anticipate from the second “Star Trek” film under J.J. Abrams’ direction is a lot of action, emotion and fewer lens flares.