The Batman Production Shut Down 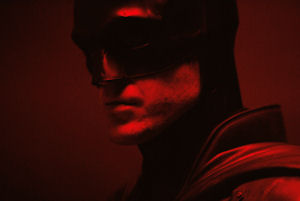 For decades, we’ve all liked to believe that Batman couldn’t be defeated. The Caped Crusader may not have supernatural powers in the same way that most TV and movie superheroes do, but that never mattered for Bruce Wayne’s alter-ego. Thanks to his resilient bat-suit, his wit and cunning, and his impressive array of technological gadgets, he never encountered an opponent he couldn’t defeat. Unfortunately, that’s no longer the case.

Batman has been with us for longer than most of us have been alive. He first appeared in Detective Comics #27 in 1939, when the planet was on the eve of the Second World War. He appeared on screen several times over the twenty years that followed, but the first truly successful televised Batman was played by Adam West in an over-the-top, campy presentation of the character during the 1960s. It was mostly played for laughs, but that never mattered to the children and adults that the show entertained. For a certain generation of viewers, West was and always will be the definitive and best Batman.

Television was never big enough to contain the Dark Knight. Michael Keaton brought him to the big screen under the guidance of Tim Burton in 1989 and established a franchise of movies that continue to this day. They haven’t all been great — we’d all like to forget that the George Clooney incarnation of the character ever existed at all, and Val Kilmer’s turn inside the costume wasn’t much better — but the Christian Bale-led trilogy directed by Christopher Nolan was a masterpiece. Without that, we would never have got to see Heath Ledger’s mesmerizing performance as the Joker, and we wouldn’t want to live in a movie world where that didn’t happen.

When it comes to the near-universal success of Batman, it doesn’t stop with the movies and television shows. Batman has crossed over to the world of gaming, and become a fixture on video gaming consoles. The Arkham Asylum games sold millions of copies, and the character even crossed over to online casino like Rose Slots website. There are multiple successful online slots based on popular television characters, but few characters have been seen on the reels as frequently as Batman. Through games like Batman, Batman & The Joker Jewels, Batman Begins, Batman & Mr. Freeze, and many more, he’s as big a hit with online slots players as he is with the rest of the world.

We all assumed he was unstoppable, but now, for the short term, at least, he’s been stopped in his tracks. Why are we saying all this? Because production on the forthcoming movie “The Batman” has been temporarily shut down by Warner Bros. 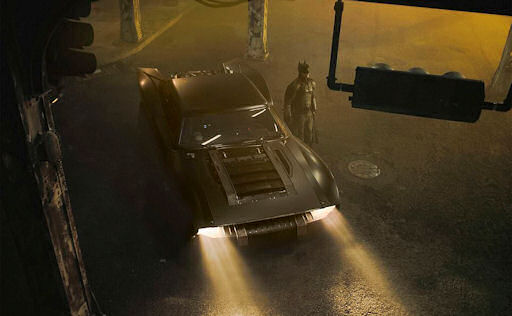 For now, the official word is that production has been suspended for a two-week period. Given the increasingly far-reaching travel bans and restrictions on large numbers of people (for example, the huge number of people required to be in and around a movie set), it’s likely that the suspension will last far longer. That calls into question the planned 2021 release of the new film. The schedules of performers directors, and crew members are busy and often planned out months in advance. Getting all of the necessary people together in one place again after the restrictions come to an end might be easier said than done.

We completely understand why this has been done. No matter how great or popular a movie might be, or how many people are desperate to see it, the health of the people involved in making it has to come first. “The Batman” required filming to take place between the United States of America and the United Kingdom, and there’s no way that production could go ahead given the risks involved and the difficulties in acquiring transportation.

Putting the film on hold, while a little sad, is unquestionably be the right move. Unfortunately, it won’t be the only film that’s put on the back-burner for the time being. It’s hard to imagine any major production sticking to its original schedule in the current situation. The major movie release schedule for the next twelve months may look a little sparse. That isn’t good news for anyone in the industry, from the studios right down to the movie theaters that can only exist when there are people paying them to come and watch new movies.

Presuming the film still goes ahead, this will be the first of what will hopefully be several appearances as Batman by British actor Robert Pattinson, best known for his work on the Twilight saga several years ago. He’s joined by both Paul Dano playing the Riddler and Colin Farrell as the Penguin, so it sounds like the character will be in serious jeopardy in the film — although he’ll also have Catwoman (Zoe Kravitz) and Alfred (Andy Serkis) to help him out. Warner Bros are believed to want to take a comic book approach to this latest series of Batman films, so the end product might be a little closer to the old Adam West show than the dark and moody Christian Bale films that we’ve all known and loved in the more recent past.

We’re going to have to get used to films being pushed back in the weeks and months ahead of us. Every shoot is likely to face the same problems, and those problems are going to be complicated. It’s not just a case of getting back on set as quickly as possible; there are practical issues to consider. By the time it might be possible to start filming The Batman again, several of the cast and crew might be contractually obliged to begin work on other films or other productions. Even if the threat passes by the end of April or May as some people currently hope, it may be several months beyond that before the cameras can start rolling again.

With all of the above taken into account, we’d be surprised if we still get our first look at Pattinson’s Batman in summer 2021. Unfortunately, we think we might have to be patient until 2022 instead. Let’s hope the wait turns out to be worthwhile.