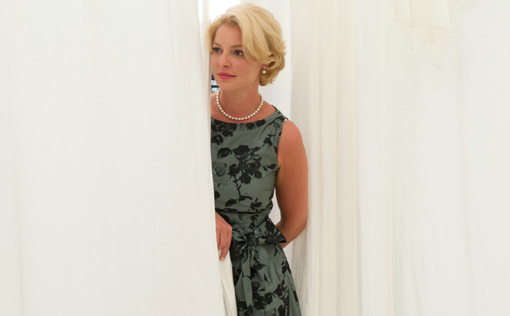 What do you get when you have Diane Keaton, Susan Sarandon, Robin Williams and Robert De Niro starring in a comedy together? You get a very funny dysfunctional family drama-comedy. A dramedy, if you will. It is an American remake of the original 2006 French film “Mon frère se marie” written by Jean Stèphane-Bron and Karine Sudan.

The story centers around Don (Robert De Niro) and Ellie Griffin (Diane Keaton), a long divorced couple who come together and pretend that they are still married for the sake of their adoptive son, Alejandro (Ben Barnes), who is about to get married.

The catch, though, is that Alejandro’s biological mother, who is a devout Catholic, has decided after many years that she wants to be a part of Alejandro’s wedding and flies to the United States from Colombia. She has not been told that Alejandro’s adoptive parents are divorced and so the deception begins. Not only are Don and Ellie divorced, Don has moved on and is in a relationship with Bebe (Susan Sarandon), Ellie’s best friend. Friends and family are pulled into the scheme and hilarity ensues as the trailer unravels with bits and pieces of the plot.

With an ensemble cast that consists of Topher Grace and Katherine Heigl as Alejandro’s adoptive siblings and the stunning Amanda Seyfried as his bride-to-be, I see quite a bit of potential in this family comedy. Now, let me explain why I call this a dramedy. Of course, with the main story line, there’s a lot of comedy but with certain scenes, I can foresee a bit of drama inserted here and there. For example, the relationship Don has with his own daughter is not quite cohesive, nor is the bit of back story behind Don and Ellie’s divorce. Any way you look at it — drama, comedy or dramedy — “The Big Wedding” has an award-winning cast that has the potential to deliver outstanding performances.

To the amusement of their adult children and friends, long divorced couple Don and Ellie Griffin (De Niro and Keaton) are once again forced to play the happy couple for the sake of their adopted son’s wedding after his ultra conservative biological mother unexpectedly decides to fly halfway across the world to attend. With all of the wedding guests looking on, the Griffins are hilariously forced to confront their past, present and future – and hopefully avoid killing each other in the process.

“The Big Wedding” wedding marches into theaters on April 26.