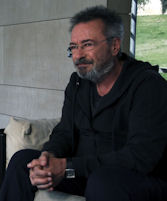 Excelente! This Oscar nominee from Argentina for best foreign film is brimming with insight about the human condition.

Daniel Mantovani (Oscar Martínez), an Argentinian ex-pat, is awarded the Nobel Prize for Literature. A bit like Bob Dylan, he thinks he won’t go. But in the end, he does because the irresistible platform offers him a chance to insult being celebrated by the elite and make a proclamation to end his writing career. Then our European writer gets an invitation from home, Salas, Argentina. Could he come to receive the Distinguished Citizen of Salas Award?

This tremendously well-written and acted film — directed by Gastón Duprat and Mariano Cohn — is playing Feb. 16 as part of the Portland International Film Festival.