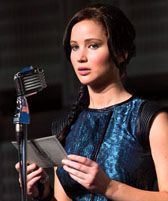 With 11 months left until “The Hunger Games: Catching Fire” is released nationwide in theaters and IMAX, Entertainment Weekly has decided to whet the fanbase’s appetite with a few exclusive stills.

On the cover of the issue released today are Jennifer Lawrence as Katniss Everdeen and Sam Claflin as one of the newest title characters of the franchise, Finnick Odair. The pair look like they are ready to cause some trouble or perhaps fend off trouble. Either way, the two look ready for battle and no one’s getting in their way. 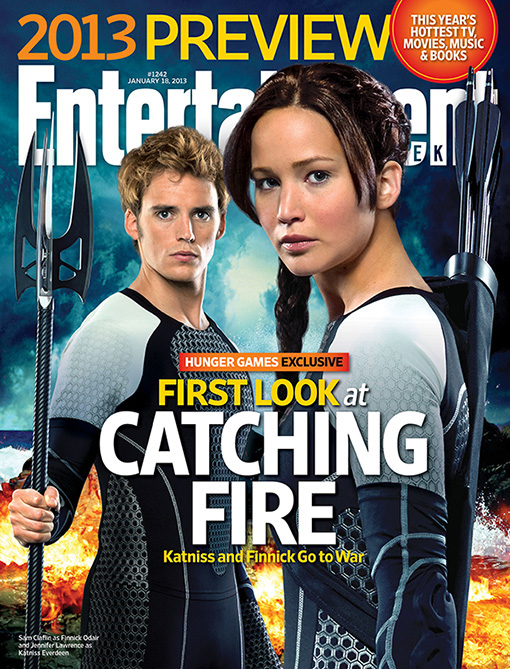 In the second image, Finnick and Katniss are having a friendly conversation before the 75th Hunger Games. It looks like Finnick is having a little fun with Katniss and she’s not having it. If you haven’t caught up on “Catching Fire” yet, you may want to read up on the relationship between Katniss and Finnick before jumping to the most popular assumption: Finnick and Katniss have some kind of “love triangle” going on. Have no fear. It’s not that.

Liam Hemsworth returns as Gale Hawthorne, and we’ll be seeing more of him in the second installment if the writers stay true to the book. In the released image, we see Gale struggling with some of the Peacekeepers and he looks really aggravated 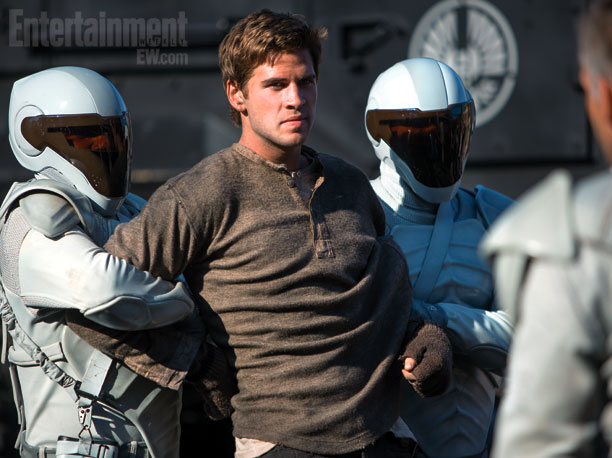 In the fourth image, Katniss Everdeen and Peeta Mellark (Josh Hutcherson) are on the Victor’s Tour throughout the districts. Katniss and Peeta have to look into the eyes of the families of all the other Tributes that had been in the arena with them. It’s a difficult thing to do, but Katniss and Peeta both put a bold face on as they say their lines that have been prepared for them. 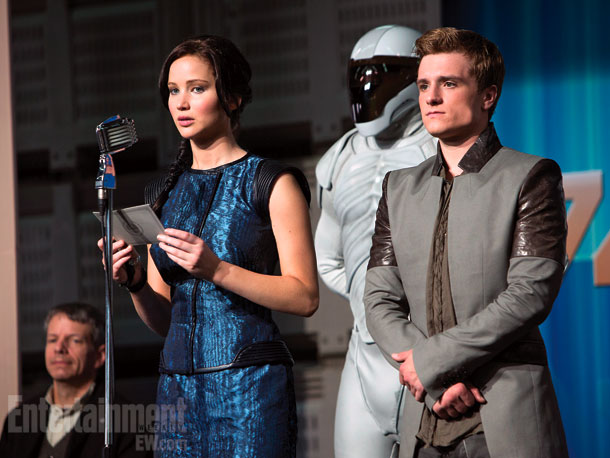 “The Hunger Games: Catching Fire” begins as Katniss Everdeen has returned home safe after winning the 74th Annual Hunger Games along with fellow tribute Peeta Mellark. Winning means that they must turn around and leave their family and close friends, embarking on a Victor’s Tour of the districts. Along the way, Katniss senses that a rebellion is simmering, but the Capitol is still very much in control as President Snow prepares the 75th Annual Hunger Games (The Quarter Quell) — a competition that could change Panem forever.

The Francis Lawrence-directed sequel is due out in theaters and IMAX Nov. 22. What do you think of these sneak peak images released by Lionsgate?