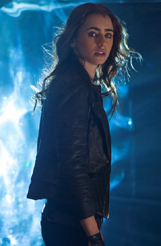 With exactly two months to go until the release of “The Mortal Instruments: City of Bones,” the promotional attempts are being ramped up to attract a larger audience to the movie. It may prove a little difficult to top this summer’s top releases like “Iron Man 3” or “Man of Steel,” but loyal fans are highly anticipating the film.

In the latest promotional package, we have a new trailer as well as several stills from the film. This latest trailer is not as long as the trailer released in April, but fans can definitely see a strong focus on the nonstop action throughout the story, while also including the expository elements from that second trailer.

Set in modern day New York City, young and seemingly ordinary Clary Fray (Lily Collins) discovers she is a descendant of a long line of Shadowhunters, a secret society of half-angel warriors locked in an ancient battle to protect our world from demons. Strange things begin to happen and Clary begins to see things that others cannot, like a boy killing someone in the middle of a nightclub. It turns out that the person killed really wasn’t human at all but a demon traipsing amongst us.

It isn’t until her mother’s disappearance that Clary is thrust fully into the unknown world that had been carefully hidden from her all her life. She joins forces with Jace Wayland (Jamie Campbell Bower) and siblings Alec and Isabelle Lightwood to find her missing mother, while also discovering the mysteries of her bloodline, her past and the Downworld.

The following stills focus on Clary and Jace as well as Clary’s best friend Simon and the Lightwood siblings in their quest to find Clary’s mother. Just like any demon hunter should, lots of black and black leather is involved in many of the stills. Let’s see where the director takes us on this fantastical new ride. 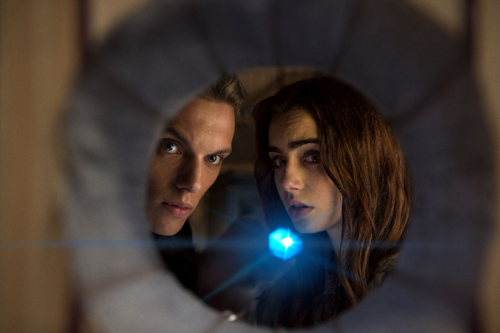 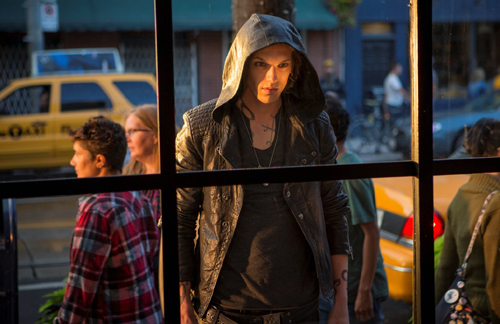 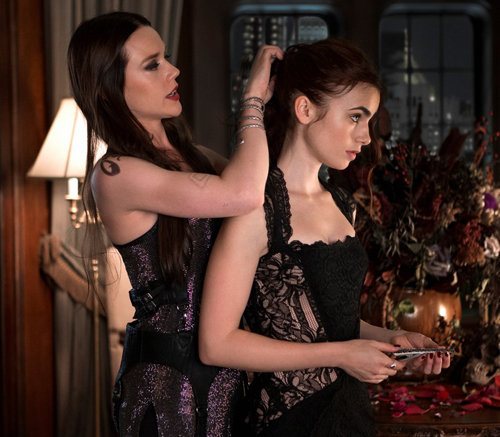 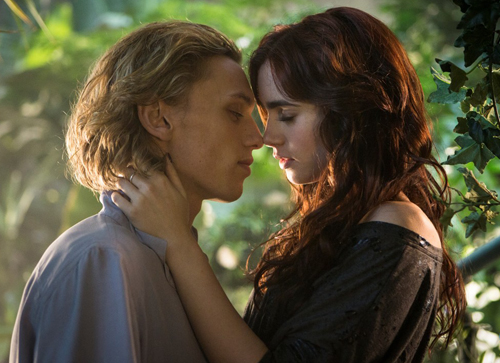 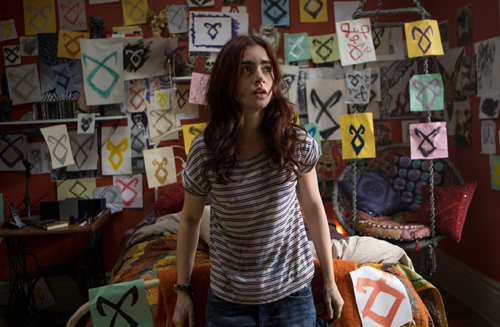 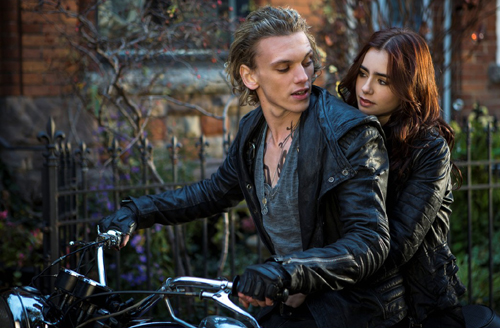 “The Mortal Instruments: City of Bones” will be revealed Aug. 21.