Top 5 Picks for the Next M:I Villain

Most viewers would question the need for another Mission Impossible film, but it seems like Tom Cruise and the other producers of the franchise have it in mind to create an MI5 and now they have asked fans via Twitter who they think should be the next villain in the series.

“@TomCruise: Your #MissionImpossible, should you choose to accept it, tell us who should be the villain in MI5″

Now, don’t get me wrong. I questioned the need for “Ghost Protocol” in the beginning but after seeing the film, I was not disappointed. It actually turned out to be my second favorite (after the first film) of the series.

Here are my top 5 picks.

5. Joseph Gordon-Levitt
It’s the year of JGL and I must admit that I couldn’t be happier about it. Gordon-Levitt is in my top 5 choices because I would love to see him as a villain. He has done the jaded ex-boyfriend in “500 Days (of Summer),” the Austistic janitor in “The Lookout” (which I thought was superb), and is in the upcoming “Looper” opposite the one and only Bruce Willis, but I have yet to see him in a villain’s role (please correct me if I’m wrong and I’ll go watch it if I’ve missed it). 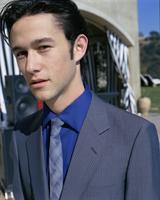 4. Samuel L. Jackson
We already that he’s a BAMF and has played the role many times, but the majority of those times, he was the one saving the day. Wouldn’t it be something to see him creating the chaos that the hero must solve in the next MI film? I think so. And plus, we haven’t seen a person of color as a villain in the series either (just throwing it out there). I don’t think there’s anything that Mr. Jackson can’t do at this point. 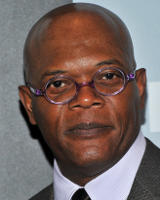 3. Charlize Theron
The “Mission Impossible” series has yet to introduce a female as the main baddie and I think it may be time. The first film introduced a conspirator but in the end it was a male mastermind, while the second and third had the female caught in the cross fire, and the fourth was a hired gun. It’s high time that a villainess is introduced into the series and Theron is a great option. Her versatility in the range of roles has me convinced that she can take on an action film. 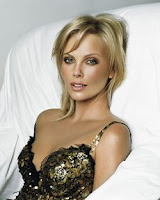 2. Angelina Jolie
How many people can truly say that they do not like Angelina Jolie as an actress? Yes, she may have had a questionable personal life, but Jolie the actress is capable of so much. Think back to her performance in “Girl, Interrupted” and there’s no doubt that she can pull off evil or crazy easily enough. Don’t forget the fact that she can seriously kick butt as well. Lara Croft, anyone? Mrs. Smith? “Salt”? Jolie is no stranger to action films and can add depth to a character as well.

1. Christian Bale
Throughout his career, Bale has taken on numerous characters and has undertaken everything from a singing and dancing Newsie to the epic Patrick Bateman of “American Psycho” and Bruce Wayne/ Batman in Christopher Nolan’s trilogy. I’ve been a fan for as long as I can remember, but Bale’s ability to make me believe whatever character he portrays makes me want to see what he can add to the “Mission Impossible” franchise. 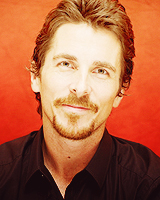 Many, if not all, of the actors mentioned by fans and the ones on my list have played at being a baddie at one point or another in their career, which is a good thing, but can you think of someone who hasn’t quite touched on the role of villain and could possibly make it believable?