Thomas Jane, Sylvester Stallone to Team Up in ‘Headshot’

When I first heard Sylvester Stallone would be starring in a movie called “Headshot” — before making the anticipated sequel to “The Expendables” — I was really shocked. But as a fan of Stallone, I have learned to put my faith in his judgment (especially in recent years), and I rushed to read what the plot of the movie was to see if I could understand what attracted the star to this project.

I soon learned Stallone would play a hitman who teams with a younger NYPD officer after a series of vicious murders take place and “the two proceed to take on all who stand in their way.”

It sounds like a cool plot and a definitely good formula for an action-packed movie. The one thing that concerned me was who would be cast as the NYPD partner? I mean, this actor would a key factor for the premise to succeed. I thought of various possibilities in my mind, but I will admit I never imagined or dreamed they would actually cast the the individual they announced today.

The good folks over at Joblo.com are revealing that Thomas Jane (“Punisher” “Deap Blue Sea”) has been cast for the the missing piece of the puzzle.

In an interview Jane explained:

He’s a hitman, I’m a cop, and we’re just opposite in every f—ing way, and we need each other to get this job done. And, of course, I’m like, ‘As soon as this job’s over, I’m going to take you to jail, you know, you’re a killer.’ 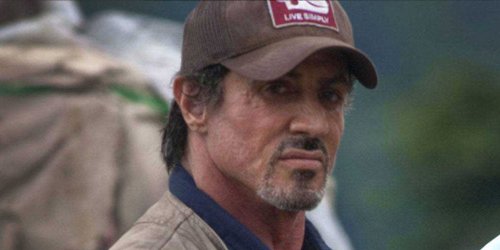