After “Thor” was released, all eyes turned to “X-Men: First Class,” which is receiving wildly positive reviews. Warner Bros has been hard at work promoting “Green Lantern,” with new posters, TV spots and trailers seeming to come out every few days. So what happened to “Captain America: The First Avenger” and why have we not been dwelling on how many days are left until it opens?

I am going to say that I think “Captain America: The First Avenger” has the potential to pull some major numbers at the box office, domestic and overseas. And thanks to the folks at CineMarcado, we have our very first official character one sheets for the film.

First, we have Chris Evans as strong and stoic Steve Rogers/Captain America. Then, there’s Hayley Atwell playing Peggy Carter, the brash and daring scientist who becomes Evans love interest. Finally, we see Hugo Weaving as the Red Skull and obviously that isn’t just a clever nickname. He looks menacing and evil in his black leather uniform, proudly displaying the Hydra symbol on his belt buckle. 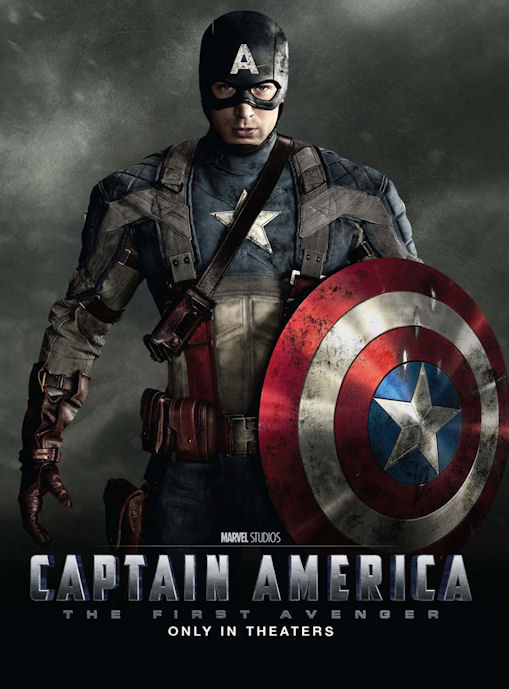 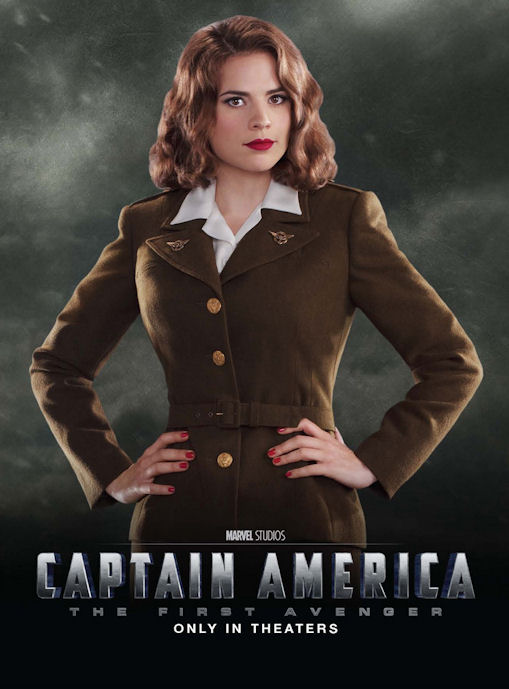 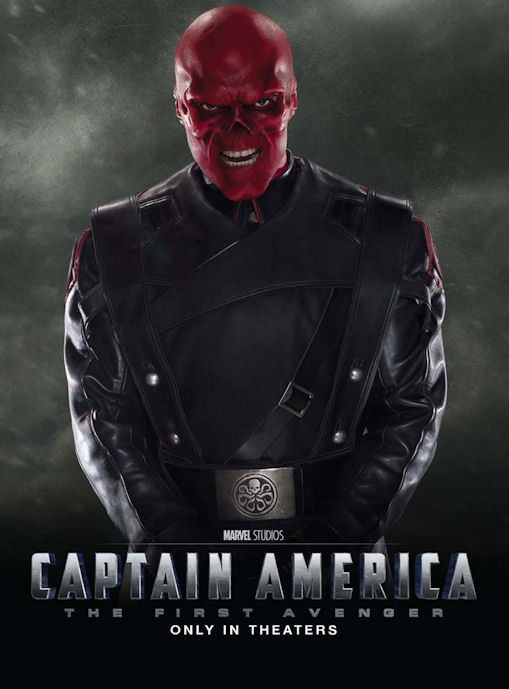 I’m impressed with the make-up, costumes and looks as they have pulled off the period (the movie takes place during World War II). The one thing that disappoints me is whenever they choose to do bland and colorless generic backgrounds for movie posters. They should be more inventive, like with “Tron: Legacy” where the individual posters made one panoramic landscape when put side-by-side. But besides that, I have been renewed in my zeal to see the movie again, how about you?

“Captain America: The First Avenger” will blow its way into theaters July 22 and will be available to see in 2D and 3D.