It was revealed this week that Tom Cruise will soon be heading to the International Space Station to shoot a film. NASA Administrator Jim Bridenstine confirmed Cruise’s upcoming space romp from his official Twitter account on May 5 by tweeting, “NASA is excited to work with @TomCruise on a film aboard the @Space_Station. We need popular media to inspire a new generation of engineers and scientists to make @NASA’s ambitious plans a reality.” It is reported that SpaceX and Tesla’s Elon Musk is on board with this. I wouldn’t personally expect anything less.

Cruise is not a stranger to being portrayed in space. Exactly what this film is or how it will be used remains to be seen. Will Cruise’s character discover aliens willing to put up mere earthlings? Will he potentially colonize some other planet? Will he kick some bad guy’s arse? Will he encounter the Tesla Roadster that was launched into orbit a few years ago? Or, will he find love aboard the ISS? Perhaps all of those questions will be answered in such a way that will leave NASA, SpaceX and Virgin Galactic beaming with pride and utilizing Cruise’s undeniable star power to help launch us into our next era of space travel, exploration and colonization.

Why Cruise? Where his career is concerned, he almost always has “All the Right Moves.” He can get a film greenlit instantly and generally people want to know what he’s doing. And to his credit, Cruise always throws himself 100 percent into his role and whatever it takes to get the shot. He’s dedicated. By launching into space, Tom Cruise will undoubtedly make history, and perhaps ultimately serve as the face of ushering in a new era in filmmaking.

Another interesting facet to this story is that “Top Gun: Maverick” is scheduled to hit theaters Dec. 23, 2020. You may recall in the upcoming film’s trailer that Cruise is seen in an aircraft wearing a space-type helmet. The news of Cruise’s involvement in this ISS shoot serves to further boost “Top Gun: Maverick.” I’m certain the PR folks on the sequel are high-fiving themselves all over the place for the earned media they just received in a roundabout way courtesy of NASA. If the PR firm plays its cards right, they can ride that media train all the way to the ISS station. 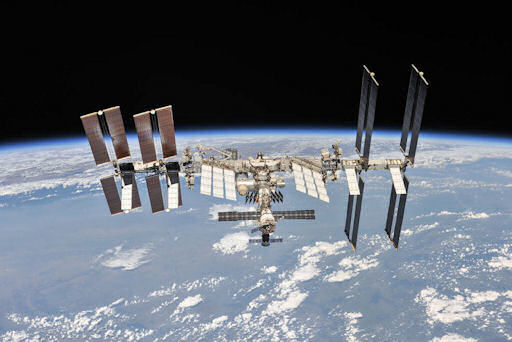