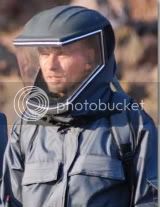 Ah, another SyFy Channel movie. I think all these movies really need is a little more time spent on them and at least one good actor in them. But most of the time, a SyFy movie means watch out for the horrible acting and also horrible effects. This time around, the acting looks really good and the effects don’t look fake at all; we actually might be looking at a decent film here.

After watching the trailer, we all know we will get “meteors,” “quakes” “and a horrific voice announcer that will make you giggle at his stupid lines.” I have no idea what they were thinking when they put his voiceover on the trailer.

Anyway, now that I got that off my chest, I can actually tell you a little bit about it. Our planet Earth will be getting whipped by giant space rocks and dramatic tectonic schisms as our world sees total destruction. Sounds like a fun pre/post apocalyptic thrill ride that I actually think I just might turn on and give it a go.

“Annihilation Earth” was written by Rafael Jordan and stars Luke Goss, Marina Sirtis, Colin Salmon, Xenia Seeberg and Theo Cross. It will be shown on the SyFy channel on Dec. 12.

Posted 09 Dec 2009 by Other Writers in Posters & Trailers