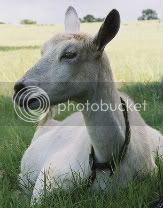 “Artois the Goat” is a quirky little indie film currently enjoying screenings at festivals around the country — such as the recent First Annual Friars Club Comedy Film Festival in New York.

Earlier in the year, the film was an Official Selection of the 2009 SXSW (South by Southwest Conferences and Festivals) for the Narrative Feature Competition in Austin, Texas. The response from viewers and critics alike has been quite favorable.

One of the movie’s stars, Dan Braverman, said “Artois the Goat” is a “romantic surreal screwball comedy.” And just by viewing the trailer, I have to agree, the movie looks like it could very well be a winner.

“Artois the Goat” is the feature debut for the young brothers who wrote and directed the film — Cliff and Kyle Bogart, both alumni of the Texas University film program. The film was shot in central Texas and the cast is filled with local talent, including Mark Scheibmeir, Sydney Andrews, Stephen Taylor Fry and Dan Braverman.

This short synopsis is courtesy of SXSW: Lab technician Virgil Gurdies embarks on an epic quest to craft the greatest goat cheese the world has ever known and reclaim the heart of his beloved Angie.

The tagline from the movie is “When the goat speaks … listen.” Here is your chance to watch and listen to the charming and very funny trailer. Don’t let the opening bit fool you — keep watching the trailer, you will be very pleasantly surprised.

No exact date is set for the release yet, but expect to see the film in theaters sometime in 2010. In the meantime, enjoy the trailer: