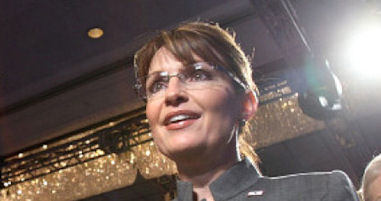 I think one of our biggest flaws when it comes to watching films is our understanding of documentaries. Most people treat documentaries as reality, taking everything said on screen at face value, and not realizing that making a documentary involves the same trick as any summer blockbuster: scripts, reshoots, and edits.

Luckily for us, the new documentary on Sarah Palin, “The Undefeated,” comes so close to the “mockumentary” genre that flaws can be seen in the reality it presents.

The trailer below starts off in the same vein as many Army recruitment ads. Palin is referred to as a daughter, wife, mother and, finally, warrior. The trailer’s use of extremely feminine words make sure there is a sharp contrast when the word “warrior” is presented. Given all the debate around gender in the 2008 election, it isn’t surprising they would want to go that route. It is, however, disheartening. The trailer soon begins looking like some kind of scare tactic PSA. The people being interviewed are inexplicably standing up while the camera zooms and pans creating dramatic tension where there really isn’t any. Overall, the trailer gives off the impression that “The Undefeated” is poorly made.

However, “The Undefeated” will create the same trap as any other documentary. If you believe what the trailer is saying, then chances are you won’t find much wrong with the film and may even sprout random “facts” you hear on it to any who will listen. If you don’t believe in the message, then you probably won’t bother seeing it. This is not a criticism of the content of the film, but the idea behind the documentary. Hopefully, though, some of you will go in with your eyes open and wits about to distinguish what is really “real” about “The Undefeated.”

“The Undefeated” will be in select theatres starting July 15.

The Undefeated Teaser Trailer from Dain Valverde on Vimeo.