Under Review: ‘George Harrison: Living in the Material World’ 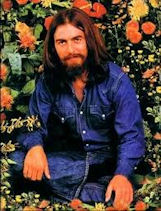 “Material World” invades your conscious and subconscious, your memory and your present, and your mind and heart. It is an intimate encounter with a plucky, quiet guy who, through his music, took the world on a journey searching for alternative forms of musical expression, spiritual enlightenment and ways to experience life to the fullest. Olivia Harrison, George’s widow and co-producer of this documentary, has said, “I almost don’t want people to see it. It’s like showing everybody into your most private place.”

It was Olivia who approached Martin Scorsese, being impressed with his work with David Tedeschi on the Bob Dylan doc, “No Direction Home.” He was at a dinner exclaiming that he never wanted to do another doc, unless it was on Harrison. Did he intuit that the person sitting next to him, a friend of Olivia’s, was just about to make the offer?

Whatever the case, Scorsese reports, “We never felt that there was an agenda of any kind except to be as honest as possible … to who he appears to have been.”

And it’s that honesty that brings the intimacy, the sense that after seeing this documentary you are close to his story and a little bit closer to him.

While you get to know George a whole lot better, you also leave with some reflection about yourself and the human condition as you ponder your own quest for meaning, self-understanding and attempt to live the best life you can.

George, the epitome of rock star success with all its accoutrements, all its instant material gratification, is driven to go further. Whether it’s recording, drugs, the sitar, subcontinent religion, gardening or ukuleles, the man does more for longer – actually still gardening at Friar Park, his castle estate, by moonlight as he pursues and actualizes his vision of perfection. His indefatigable work ethic is inspirational.

Besides the fact that the doc is highly entertaining, with cuts from his best music, and highly informative about his musical collaborations, the audience will identify with his journey, his search for meaning, identity and liberation. George tells the camera, “We found that money wasn’t the answer.”

For a guy who has everything, then what is?

He travels east on his quest. There is outstanding footage of George with Ravi Shankar, practicing the sitar and collaborating on the first mega-benefit, The Concert for Bangladesh. He notes that this kind of music is mystic, bringing a natural high.

Harrison travels back and forth between drug use and meditation. He is a seeker, a man who feels compelled to achieve peace of mind, meaning and fulfillment. But he is also distracted by the world he inhabits, the material world, with its excesses of wine, women and song.

I appreciated Clapton’s analogy. He made the comment that George and his first wife, Patti Boyd, lived in the magical, ideal world of Camelot. He compared himself to Lancelot, the lone wolf, who fell in love with his best friend’s wife. So even in a dimension where all material things appear possible, even George does not have total control.

And then there is Olivia Harrison’s own sadness in recounting, “He did like women and women did like him. If he just said a couple of words to you it would have a profound effect. So it was hard to deal with someone who was so well loved.”

The guy wasn’t perfect, but he lived his life intensely with a great many friends and a wife and son who stayed by his side. Throughout it all he is inescapably a collaborationist, a phenomenal artist and human being who reveled in a compulsion to grow, learn and experience life intensely.

“George Harrison: Living in the Material World” jump-started the Northwest Film Center’s Reel Music Festival on Oct. 7. It is 208 minutes long. At intermission, the audience gave it an ovation. At the end no one wanted to leave.

The bottom line is that I predict this documentary will be nominated for a lot of awards — and win them all. 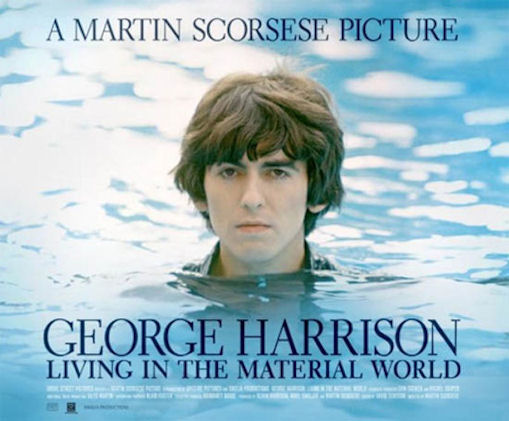