Under Review: ‘Sing Your Song’ 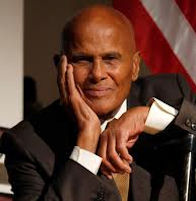 Harry Belafonte became an icon while at the same time a victim of rampant, incomprehensible American racism. Whether it was in Las Vegas or in the south, Belafonte, like other Black entertainers, didn’t have access to the front door of the theater he headlined. As he was entering a bathroom in one southern state, a state trooper intoned from behind him a threat for his life if he used the facility.

Belafonte had already had his share of rejection with an absent father from his birth in 1927 and a New York City mother who sent him at age 5 to live with relatives in Jamaica for 8 years. He graduated from a NYC high school and then served in the US Navy during WWII. Upon return he worked as a janitor. He was given a tip of two tickets to a production at the American Negro Theater. He recognized then what he wanted to do.

He ended up studying in a drama school also attended by Tony Curtis, Marlon Brando and Sidney Poitier. However, as his success grew so did the barriers to his freedom and dignity. Eventually an activist was born and the big song he ended up singing was for the liberation and entitlement of all people.

What impressed me most about this documentary was that the bulk of Harry’s life was not tied up with his success in theatre, music and film. What galvanized him was political principle. He was not only an advisor to MLK, but he paid the bail to get him out of the Birmingham jail he was so famously assigned in 1963 for a non-violent protest.

Belafonte narrates this documentary. His voice, at 84, is raspy and a little hard to understand sometimes, but you can bet that he and his daughter, Gina, were so completely involved in order to make sure the doc got it right.

Ironically, this attempt at truth compromises its potential greatness. We know we are being told the story of Harry according to Harry – there is little objective voice giving other impressions of the man and his mission. There is no best friend chuckling over a silly but insightful story or frustrated words from an ex-wife. As a matter of fact, wife No. 2, with a tight scarf (is she being treated for cancer?) paints a much rosier picture of his parenting than his children.

Throughout the film. this confusion and possible obfuscation keep the viewer from getting to know Harry – though we are given plenty of historical narrative about him. It’s just that his personality, with its flaws and weaknesses as well as strength of character, is not well developed. 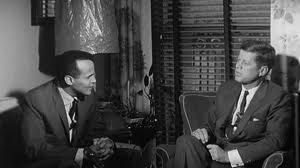 The material is all here for a cinematic replay, but Belafonte just needs to step aside and let someone else tell it – someone who will show all the sides of this courageous man so that we can better understand and appreciate his struggles and his message.

Where the doc is strongest is in its history lesson. From his association with Eleanor Roosevelt, his education of Bobby Kennedy, and his support of Nelson Mandela to his more recent associations with our last three presidents, there is plenty of information here that may well be new to the viewer.

What I find so interesting is where this man for peace and justice puts his voice now. He is campaigning for the rights and dignity of the incarcerated. It’s not a popular issue, but it is a staggering problem and Belafonte is there with it, working to educate and transform yet another bastion of moral indifference and segregation. He regards it as his patriotic duty.

“Sing Your Song” plays at the NW Film Center