So far, it has been a fun, entertaining and interesting ride. I’m very happy with the list of writers on the site, we have made a lot of great friends in the industry and I couldn’t ask for better, more well-informed readers.

In addition, we hit a nice little milestone with this, the 1,000th story to appear on the site.

And thanks to the good people at www.thebeatnicks.com (and our pal Wendy Shepherd), we have a prize to offer to mark the occasion.

To celebrate hitting the anniversary and the release of “The Beatnicks” DVD on April 6, we are holding a giveaway courtesy of www.thebeatnicks.com. The giveaway includes one copy of the movie’s soundtrack along with a copy of the DVD, signed by actor Norman Reedus!

Reedus, perhaps best known as one of the two McManus brothers in the cult phenomenon “The Boondock Saints,” stars in the long-awaited movie “The Beatnicks.” In addition to Norman Reedus, the film stars Mark Boone Jr. (of the award-winning FX series “Sons of Anarchy”), Elodie Bouchez (of “Alias”) amd co-stars Eric Roberts (of “The Dark Knight”), Jon Gries (of “Napoleon Dynamite”) and Patrick Bauchau (of “The Pretender”). The film currently is available to “Save” on Netflix and will be available for retail sale and rental April 6, via Passion River Films.

Set in Los Angeles, The Beatnicks are a poet and a musician in search of a gig. They find a magic box on the beach that, when opened, creates amazing music that hypnotizes anyone who hears it. The Nicks use the box to get booked for a show, but their abuse of the box’s powers has unforeseen consequences. The poet falls in love and the musician meets a guru. Ultimately, they must both learn the lesson of “no suffering, no understanding.” As the film concludes, The Nicks reach a deeper understanding of themselves and the box earns them the gig of a lifetime.

“The Beatnicks” is a unique independent film that is another example of the power of social media and viral marketing. With over 20,000 online fans, “The Beatnicks” is an eagerly-anticipated DVD release amongst the cult fans that gave “The Boondock Saints” its underground success. With over $50 million in DVD revenues, “The Boondock Saints” was an incredible example of phenomenal grass roots marketing which the “The Beatnicks” will surely immolate. Norman’s excellent performance as Nick Nero in the film brings out the same snarky and bad-ass persona reminiscent of his “Boondock Saints” character, Murphy McManus. The potential for another cult hit is all but certain.

After years of perseverance and creative marketing, the producers of the film built up a significant online presence for “The Beatnicks.”

“It was about two years ago that enough people were asking for the film that made me regroup, put my filmmaker hat back on and take on the challenge of self distribution,” said Garen Topalian, executive producer of the movie. “What’s amazing about distribution today, is that the Internet has created a whole new science out of getting your film to its target audience and I have only scraped the surface.”

Learn more about the film on the website at The Beatnicks Home Page, add it to your queue on Netflix, or pre-order now on Amazon.

So, what do you need to do to win?

That’s all there is to it! The randomly-selected winner will be announced April 5.

The winner will win the following:
– “The Beatnicks” Soundtrack and DVD
– The DVD will be signed by actor Norman Reedus.

RULES
– One prize to be given to one person.
– Contest ends April 2. 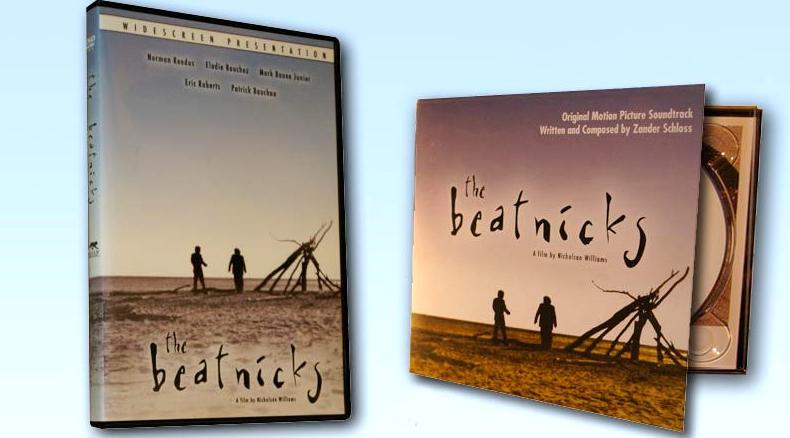