Who is your ultimate Fantastic Four? 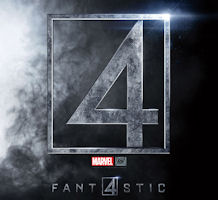 The countdown is finally over, The Fantastic Four reboot is finally upon us!

The new Josh Trank film is set to be released in cinemas this week, with the Sci-Fi world hoping for an improvement on the previous attempts by the franchise. None of the films have lived up to the standards set by the comics, which leads us to think maybe the wrong characters were chosen for the film?

Never the less, who would make up your ultimate Fantastic Four?