Corporate greed and serial killing may not be inherently funny, but director Nathan Marshall and screenwriter Sigurd Ueland are putting a satirical twist on the classic murder mystery in their latest film, “10 Habits of Highly Effective People.”

The movie centers on The Corporation, a once-successful company on the verge of a possible acquisition that would make The Corporation’s bigwigs very rich for a very long time. But when management arrives at corporate headquarters to await the offer, they find the CEO hanging from a noose in the boardroom.

They opt to ignore the situation until the acquisition is finalized, but as they await the offer, more and more executives wind up dead. Along the way, a sabotaged PowerPoint presentation foretells each gruesome death before it happens.

The official synopsis describes the film as “one part ‘Office Space,’ one part ’10 Little Indians’ and one part Agatha Christie murder mystery,” a vibe the first trailer reflects perfectly without giving anything away. The trailer is a true teaser, offering a taste of what to expect while showing no actual footage from the film.

A series of brightly-colored drawings depict whimsical stick figures in various states of demise — axe wounds, strangulation, poison — all set to a grand, up-tempo score. With a strong ensemble cast and witty plot, “10 Habits of Highly Effective People” looks like it will lampoon modern corporate culture in a delightfully dark, funny and suspenseful way.

You can also see the film’s first poster below, which has the same vibe as the teaser trailer. 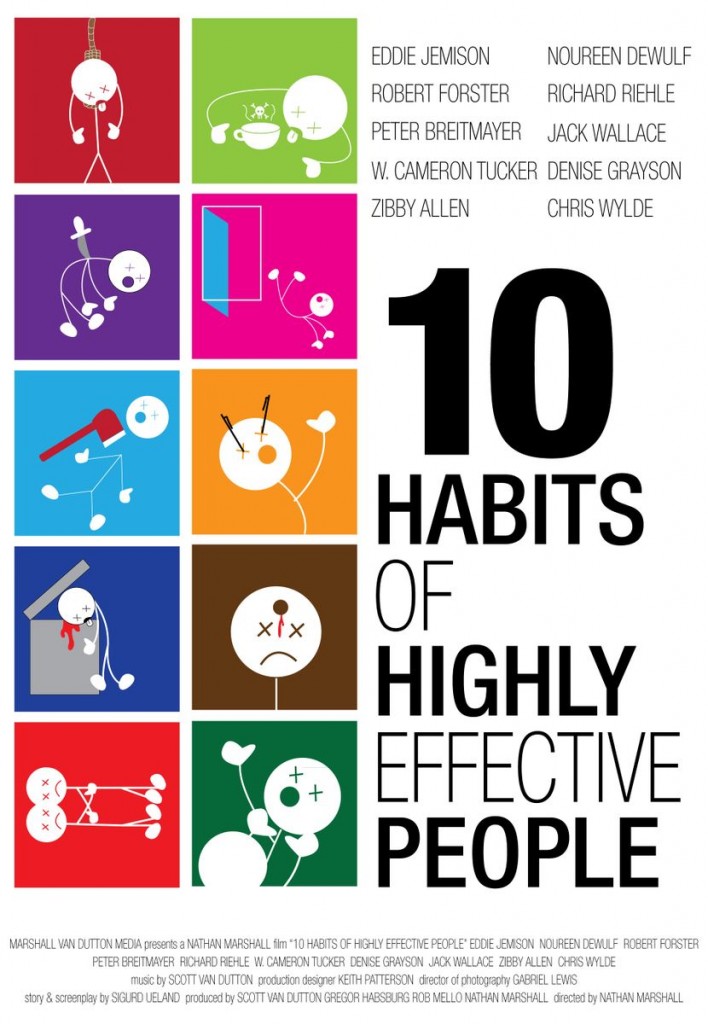