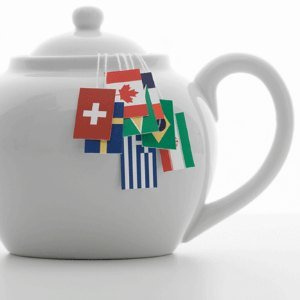 The results of the respected Portland International Film Festival (PIFF) Alaska Airlines Audience Awards are in. With more than 37,000 attendees, 93 feature films and 42 shorts, the 36th year of PIFF was a tremendous success. Traditionally held in conjunction with the Portland Jazz Festival, Portland, Ore., is the place to be each February.

My PIFF favorite, “The Sapphires,” deservedly won top honors for Best Narrative Feature and Best New Director. Taking place in Australia and Vietnam around 1970, the film is based on the true, upbeat story of Aborigine gals who learn to belt out tunes James Brown-style to the background of an insane war and racial intolerance.

Although my other favorite, “English Vinglish,” won third place for best new director, it was curiously robbed in the feature standings. Was it a reaction to that little NYC segment about American rudeness? Not mentioned at all, it should have received second place. Featuring India’s most popular actress, this film has much to say about the use of English as the global language, respect and what it takes to have a healthy marriage.

Surprisingly, the film making the Oscar top five for best foreign language film and early predicted as a possible PIFF audience favorite, “Kon-Tiki,” got third place for best feature. Playing to sold out-houses with long lines waiting to buy a ticket, “Kon-Tiki,” the story of Thor Heyerdahl’s raft voyage across the Pacific, is an insightful presentation on the independent Norwegian spirit.

PIFF are a production of The Northwest Film Center, a regional media arts resource and service organization founded to encourage the study, appreciation, and utilization of film. One goal of the festival is to show a range of global diversity in film projects throughout the world. Below are the awards voted by its 2013 patrons.