Tom Hardy on the Set of The Dark Knight Rises 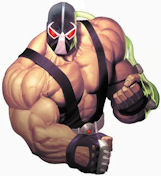 Christopher Nolan’s successful reboot and re-imaging of the Batman franchise has not only revitalized the character, it has set a new bar for comic-book based movies. “Batman Begins” was a success, but it was really “The Dark Knight” that had crowds flocking to the theaters over and over again. It was a combination of great acting, story-telling, amazing action sequences and the awe-inspiring performance of Heath Ledger in one of his final movies he made before his tragic and early death.

Well, the cogs in Christopher Nolan’s head have been hard at work ever since and we have been hearing casting news for the past few months about his third film, “The Dark Knight Rises.” One of the most interesting developments was the inclusion of the character Bane in the movie. To non-comic book readers, he is known mostly as the dumb and slightly-comedic henchman of Uma Thurman’s Poison Ivy in “Batman and Robin,” the most criticized Batman film to date.

It was announced that Tom Hardy (“Inception” and “Layer Cake”) was to play the muscled monster in 2012’s “The Dark Knight Rises,” but beyond that announcement we have heard little about how the character would be used.

This morning, Exploring Tom Hardy posted a picture of the actor on the set of “The Dark Knight Rises.” 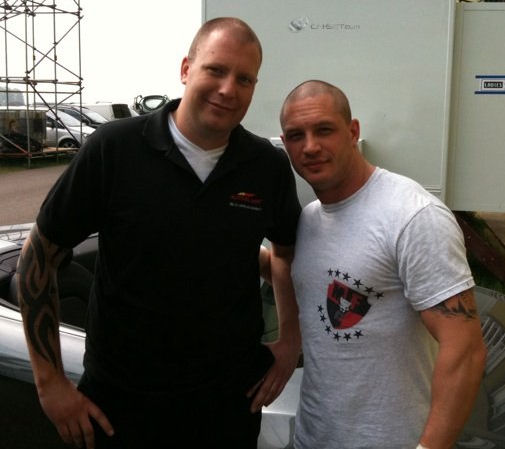 Hardy has bulked up, shaved his head and looks to be taking the physical side of the role seriously. Now, questions have been flying around all morning about whether buffed-up physique is large enough to not require any enhancement or will they be adding some more size and mass to him in post production?

He looks to be on the right path, but how large he needs to be really depends on his role he is going to play in the film. I don’t believe that he needs to be the size of Bane in the comics, because Nolan is known for bringing reality to his Batman films and let’s face it, someone that big probably isn’t capable of being that menacing because they would be too big to move quickly and you need to be fast to catch a bat.

In the comic-book, Bane is described as one of Batman’s more menacing foes, physically and intellectually. We have not seen the intellectual side in his previous time onscreen and it will be interesting to see how Warner Bros. and Nolan plan on using him in the film.

Comparing Hardy to other interpretations of Bane in comics, cartoons and movies, do you think of Tom’s physique is adequate in getting ready to portray Bane in “The Dark Knight Rises?” Leave a comment and let us know what you think about the new and improved Tom Hardy.

“The Dark Knight Rises” is set to be released July 20, 2012, and will be filmed specially for IMAX viewing.

(Thanks to our friends at ComicBookMovie.com for the head’s up on this one.)