A Teaser for Atlas Shrugged: Part 2 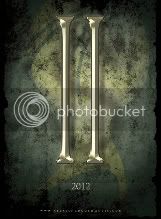 “Atlas Shrugged: Part 1” was just about as controversial as the book on which it was based has been for the past 50-plus years. It wasn’t exactly revered by most film critics last year when it was released, but true fans of this haunting look at the future by author Ayn Rand were delighted to hear that the second installment of the “Atlas Shrugged” movie trilogy was officially greenlit Feb. 2. It is slated to begin filming this April with a release date later in the year.

I felt the first movie was a compelling and disturbing glimpse of our government and society. It wasn’t a film with big special effects or major Hollywood actors — which is a reason I believe the movie rated so lowly with certain critics. However, the ideas represented in the film — whatever your own views may be — are the reasons to see this movie and its sequels.

When you look at how many theaters actually played “Atlas Shrugged: Part 1” in limited release, you see how dedicated admirers of this work of fiction truly are. Everyone that I saw the film with had very strong opinions and reactions to its subject matter.

Below is a little teaser trailer for the announcement of the forthcoming sequel — “Atlas Shrugged: Part 2” — which showcases real footage from past interviews, and news programs discussing this book and its subject matter. There is no new information for those in anticipation of the second film, but those who are most excited to see its return to the big screen already have read the book and already know what is to come.

The film already has a website for the trilogy of films and now has opened a second website to tease your appetite for more information on the upcoming second film.

So are you a fan of the book, film or even the author Ayn Rand in general? Leave a comment and let us know.