The documentary “Wild Daze” is an extraordinary movie. It is the kind of film that becomes an Oscar darling because it provokes and compels the viewer to take action. Rather than just tugging on your heartstrings, filmmaker and director Phyllis Stuart presents compelling information in the form of provocative and insightful interviews and compelling visuals that together, deliver a one-two punch to the gut of the viewer, leaving the audience in awe of such magnificent animals that they want to stand up and do something to protect magnificent pachyderms from the threat of extinction.

“Wild Daze” takes a closer look at a problem that we as Americans have long known about but haven’t necessarily fully understood. Stuart transports viewers to the front lines in Africa to reveal the horrific atrocities of poaching. Equally disturbing is the revelation of its strong ties to terrorism, guns and Al-Queda. Stuart explains, “That was one of the ways the U.S. Fish and Wildlife Chief got Congress to pay attention. He showed them that there was a connection to terrorism, ISIS and the Jihadists.”

Park rangers tasked with protecting parks and animals are underpaid and overwhelmed. “It’s hard to fight ISIS,” says Stuart of the armed fighter who move into the parks and kill elephants for their ivory. “Rangers only make $300 a month and they’re not equipped. They don’t have gear and they don’t have night vision goggles.” There is so much money that can be had by selling ivory, in the most real way, an ivory tusk could be worth dozens of guns, or more. In turn, those guns create terror and violence and enslave children who are sometimes kidnapped, brainwashed, drugged, handed a gun, and taught to shoot anyone that gets in their way. Ultimately, there is only so much park rangers can do to fight off those who come to kill elephants. 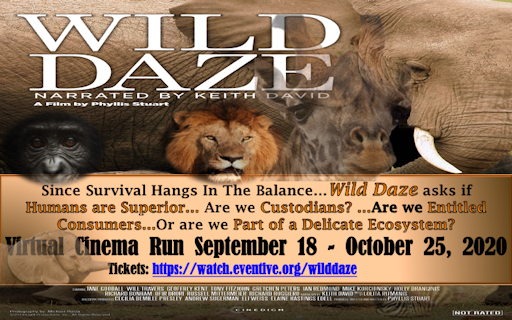 The film is expertly narrated by veteran actor and voice over artist Keith David. The film also includes a who’s who of experts and others who lend their opinions, experiences and insights to the grave issues of poaching. Interviews include author and Executive Director of The Satao Project, Gretchen Peters, Founder of The Jane Goodall Foundation, Dr. Jane Goodall and Chief Conservation Officer of Global Wildlife Conservation, Russell Mittermeier, Ph.D. and Executive Director of Natural Capital Coalition, Mark Gough, among many others. Additionally, Cecilia DeMille served as executive producer. Her grandfather was Cecil B. DeMille, one of the prominent founders of The Academy of Motion Picture Arts and Sciences.

Stuart says, “I really got to be a filmmaker in the cold open. I got to storyboard, shoot, cast and cut a poacher scene where elephants are being hunted.” Once she returned to California from Africa, she needed a few pick-up shots. She was flown to a place in California where the TV show “M*A*S*H*” was shot and was able to get those few final shots she needed to complete her scene.

“Wild Daze” is the missing piece of the poaching puzzle that reveals how money, ivory, poaching and terrorism are all connected. Through strategic interviews the totality of poaching is revealed to have an even far more sinister reach and impact than we knew before. Time is running out for elephants and other species, but there is still much that can be done to save these magnificent creatures, and ultimately, all of humanity.”

Much more than just a film that encourages and promotes conservation, “Wild Daze” is a wake-up call for the entire globe. It is a no-holds barred look at what is happening here and now in the world of poaching and how it is affecting everyone.

Phyllis Stuart shines a glaring spotlight on various facets of poaching in “Wild Daze.” Stuart captures some beautiful moments and captivating scenery that nearly balance the moments further into the film that are simply gut-wrenching to watch. “I was pretty measured and restrained,” says Stuart of the blend of disturbing, then touching images. “I didn’t linger. I touched on it, then moved on to another topic.”

“Wild Daze” is an Oscar-eligible film and Stuart is excited for the possibility that the film may receive some additional accolades from fans, activists and perhaps businesses and individuals who could further push the message of trying to irradicate poaching.

A skilled filmmaker, Stuart’s documentary is a testament to the horrors and lasting impact of poaching, with slight glimpses of hope on what we need to do to save elephants and other wild animals, and ultimately, ourselves. 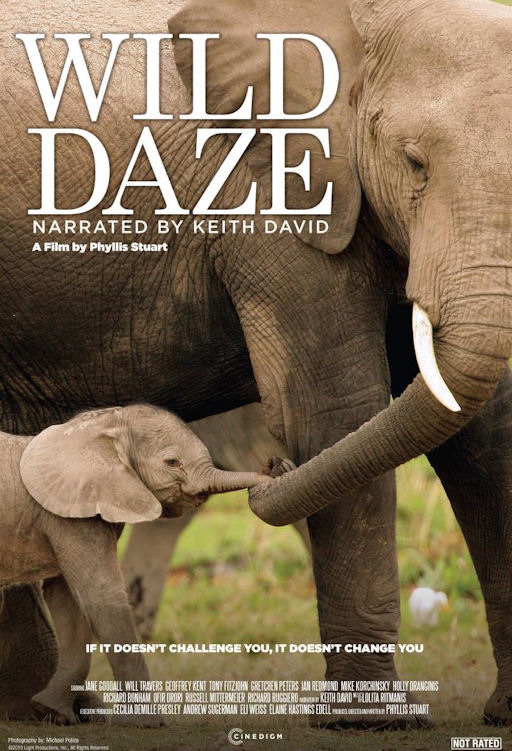