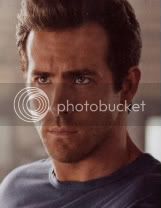 When the trailer for “Green Lantern” was released, I was one of a very small minority who loved it. But at WonderCon, the film-makers showed nearly 10 minutes of footage — and it wowed the crowd.

Below, you can see four minutes of that footage. I’m not going to say anymore about it because the footage speaks for itself. All I will say is that if this footage doesn’t get you amped to see this movie RIGHT NOW, nothing will.

You can see the footage from YouTube embedded below or in HD at iTunes by clicking HERE.

“Green Lantern” — starring Ryan Reynolds and Blake Lively — will hit theaters June 17. After seeing this footage, I wish it was arriving tomorrow.