Is the ‘Jurassic Park’ Franchise Extinct? 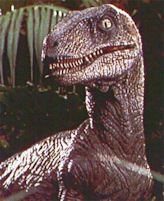 Could the stars be lining themselves up for a possible third “Jurassic Park” sequel? Well, if director Joe Johnston has anything to say about it, it could be happening as soon has he wraps up his duties on “Captain America: The First Avenger,” as he has mentioned in various interviews.

But perhaps not all of the actual stars of the original feel the same way. When MTV asked Sam Neill about the possibility of another movie, his reply was not exactly a positive one.

“I think we’ve told the story,” he said. “I think it’s done.” Neill then added, “I’ll tell you what — if Michael Crichton time travels, writes the book [and] Stan [Winston] time travels, [and] reanimates dinosaurs, then absolutely.”

Unfortunately, both Michael Crichton and Stan Winston, who are responsible for the story and the effects of the “Jurassic Park” movies respectively, have passed away. Does that mean Neill is not interested at all or does it mean if the right story comes around, he would re-think it? In a few months, you will be able to see Sam Neill in new TV show called “Alcatraz.” But if you want him on the big screen, playing the part of famed paleontologist Dr. Alan Grant, that’s going to be a long shot.

The only hope for fans of the franchise is for the optimistic Joe Johnston to convince Neill to come back. Otherwise, Johnston could completely take the franchise in another direction without Neill being a part of it. And according to some interviews, this may be Johnston’s plan.

What do you think? Do you want a “Jurassic Park” reboot or a sequel or do you think the franchise has run its course?