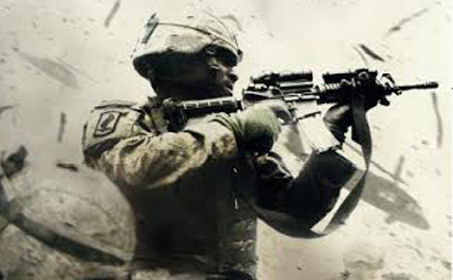 Soldiers are penned up in a sand-bagged lookout on a hillside overlooking the Korengal Valley in Afghanistan. They are ordered out on daily sorties where they are shot at either coming or going. They are the bait. Enemy fire reveals where the adversary is.

This is Sebastian Junger’s follow-up to his Oscar-nominated “Restrepo,” which he filmed with his friend Tim Hetherington, who later died covering the Libyan revolution. The editing, showing so many quick, brief clips interspersed by narration by different soldiers and interesting background music, is an art in itself.

A few weeks before its June 27 release, “Korengal” is showing June 4 at the Northwest Film Center in Portland, Ore. Director/journalist Sebastian Junger will introduce the film and answer questions. Admission will be by contribution.