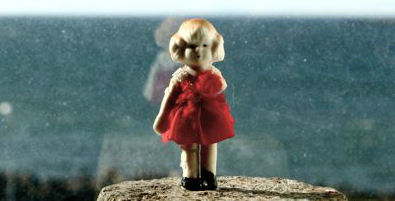 Blueberry soup, often served cold on New Year’s Day, is high in anti-oxidants. Tradition says it cleanses and purifies the system. Hopefully, this metaphor will eventually prove an accurate description for the ground-breaking constitutional experiment in Iceland.

In October 2008, three of Iceland’s major banks collapsed. “Blueberry Soup” reports that “relative to the size of the economy, Iceland’s banking collapse is the largest suffered by any country in economic history.” The country went through the stages of grief. Beginning with denial and anger, “Blueberry Soup” shows Icelanders banging on oil drums and throwing eggs at the Parliament building.

The Prime Minister took responsibility and stepped down. Political, economic and emotional instability ensued. The nation collapsed into a collective depression. A desire for change was in the air and a woman was elected Prime Minister. However, the nation had lost faith in its politicians and its system and turned its eye inward.

One of the narrators, a singer/songwriter says, “Maybe people are more aware of themselves and their society than they were before… We’ve lost all this material wealth – let’s develop our spiritual wealth.”

Into this situation there was a call for Icelandic transformation. People felt that something needed to be done, but what?

Icelanders decided a new constitution, written not by politicians but by the people, normal citizens from different walks of life throughout Iceland, could help purify a political system that had gone wayward. This documentary is the story of their odyssey and the progressive constitutional articles that were developed.

Here are excerpts from three examples, in draft language:

Animal Welfare
By law shall provide for the protection of animals against ill-treatment and animal species from extinction. The use of animals and other biota, ensure respect for all living creatures.

Natural Resources
Iceland’s natural resources are common property… They should be utilized in a sustainable manner for the benefit of all citizens. No one can get them for permanent ownership or use, and they may never be sold or posted as collateral.

Icelandic Nature
The nature of Iceland is inviolable. Each and every person must respect and protect it. Extraction and use shall be done in such manner that they are not reduced in quality, remain sustainable in the long run, and that the right of the future generations to a healthy environment shall be respected. There shall also be national ownership of fish.

This is a wonderful doc full of inspiration for those who dream of constitutional reform that reflects the desires and will of the population at large. It is also a tribute to Icelanders and the righteous diversity they embrace and respect.

In the end their constitutional process proved too radical to survive new elections and politicians. Though supported by 67 percent of the voters, the new Icelandic constitution has been shelved for the time-being. Coincidentally their economic down-turn has swung up with remarkable health and success. Maybe it’s only when we’re on the rocks that we are so reflective with aggressive socially responsible reforms.

“Blueberry Soup” was screened May 22, 2014, at the Northwest Film Center and is available on demand.

Tags: Eileen Jerrett
Posted 31 May 2014 by Bev Questad in Reviews