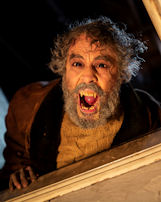 What if your father, with the aim of protecting you, went out one night, and came back the next night as a monster – the very thing he tried to protect you from?

A. K. Tolstoy, older second cousin to the more famous Leo Tolstoy, was a literary giant of 19th century Russia. He is best know for his historic dramatizations, but also wrote novels and poems. In 1839, he wrote a vampire novella titled “The Family of the Vourdalak.” Vourdalak, in western Slavic regions, meant a vampire, but also could be applied to someone wearing a wolf-hide – a werewolf. In either case, it was a monster bent on human destruction. In Tolstoy’s version, it seeks out the blood of those it loves the most.

Interestingly, the tale was not published until 1884, nine years after Tolstoy’s death. This was long after John Polidori published “The Vampyre” (1819), and before Bram Stoker’s “Dracula” (1897).

There have been scores – even hundreds – of screen adaptations of the vampire myths. Very few have specifically followed Tolstoy’s tale. One is the 1993 Mario Bava cult masterpiece “Black Sabbath.” The film is comprised of three stores, one of which, “I, Vourdalak” features Boris Karloff as the protective father.

But we’re here to discuss the 2021 version of the story as envisioned by Argentinian writer-director Santiago Fernández Calvete (“Intimate Witness”). He has moved the story from eastern Europe to Argentina, but kept the family in rural isolation. Father Aguirre (Germán Palacios – “Fever Dream”), a veterinarian, keeps his family following an evening ritual that involves sealing the house, using only candles and oil lamps, and even dousing the hearth fire. Once the sun has risen, they are again free to follow a normal routine. He is hiding from something, and protecting his family – but without explaining what or why.

Daughter Natalia (Alfonsina Carrocio – “Another Story of the World”) rebels, and slips out of the house one night, and walking to a nearby tavern where she meets her boyfriend. After a disagreement, she leaves to walk home. A car follows her. In it is a man who claims to be a relative – in fact, the brother of her father. He tells her how the brother separated from his family and moved to Argentina to escape a monstrous evil. But, as he tells this story, he suffers a seizure, becomes a vourdalak and attacks her. She is fighting him off when her boyfriend, Alexis (Tomás Carullo Lizzio – “Black Snow”), arrives and rescues her. They ride his motorcycle to Natalia’s home where Aguire admits the truth of what the vourdalak told her one night. He then goes out, alone, to hunt and kill the vourdalak, warning them to kill him if he returns after dark.

I really wanted to love this movie. Vampire tales have entranced me ever since seeing “Dracula” as part of the 1950s TV “Shock Theater.” Tolstoy’s version is a different take, and therefore all the more intriguing. The actors are competent, but none of the performances are compelling. The film is almost free of shock schlock (when something startling or gross jumps out at you) and that’s a good thing. There are places where the tension builds deliciously. Balanced against that are an incredibly intrusive use of rock music, apparently without regard to what is happening on the screen.

Uneven effects makeup – some are excellent while others are less so – mixed with peculiar editing that makes part of the film hard to follow, and a mix of dubbed English and undubbed Spanish that only adds to the confusion. Even the vehicles are an odd mix: 1940s sedans and a 1980s or later truck with a nice topper.

The cinematography is excellent, and the film takes full advantage of the features, inside and out, of the country home that is the scene of much of the action.

Die-hard vampire lovers will still find something to like in the film, and the story is still unusual, but it had so much more potential. 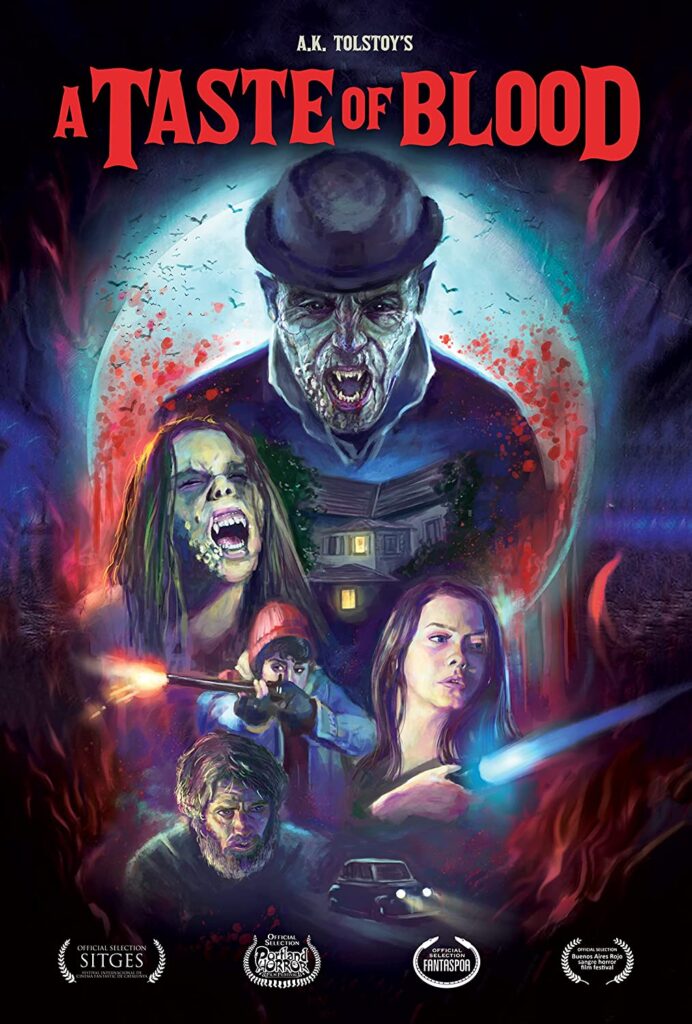 Runtime: One hour, 30 minutes
Release: May 10, 2022 on digital platforms and blu-ray
Language: English and Spanish (with English subtitles)