Kirsten Johnson’s mega-documentary “Cameraperson” was built by taking clips from the many spectacular documentaries she has filmed and rolling them into one. Even if most of the clips appear to be the least interesting parts of her past docs, there is abundant inspiration. 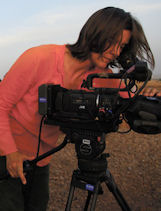 Taken from all over the world, in many cases from the most tragic, disgraceful and depressing events of recent history, the film’s power comes from not from what it shows, but from what it doesn’t show. The prosecutor in the hate crime killing of James Byrd never shows the gory pictures entered into evidence. He does not have to. All he needs to do is show the clothing of the victim and the viewer understands the rest.

This is a film of blanks that makes the audience draw their own conclusions. After all, if the audience is not able to complete the scenarios for themselves, they probably would not understand anyway. Filled with social commentary, at the expense if more readily salable “action” footage, people grow up having the breaks (the film maker herself) and people grow up not having the breaks. It is a story of the filmmaker’s own life, showing her home in the folksy suburb of Beaux Arts, Washington, on the outskirts of Seattle. Her mother, shown in the vacuum of Alzheimer’s, reminds us that our loved ones are too soon lost. It also reminds us that the documentary’s purpose is that we never forget.

Constructed in cooperation with Doris Baizley and Lisa Freedman, the story shows most extreme differences that somehow stay the same. From Philadelphia to Texas, Syria to Afghanistan, Liberia to Bosnia, the same ideas keep bubbling up. Violence against women, violence against the poor, violence against anyone who cannot defend against it. Large cemeteries in small towns. Humanity and inhumanity.

A boy tells the story of being with his brother, losing consciousness, and then finding his brother killed by a rocket. It happens fast. A rape victim returns to the place and cannot breathe. A Bosnian describes four girls reporting rape in a make-shift prison, and then being taken away by the police and disappearing forever. An old woman swears there is nothing wrong with her life and she has nothing against the Serbs. Where is the truth?

A newborn gets a second chance, and a third, at the hands of a nurse working with nothing. But the baby needs oxygen and there is none. There is no warning of the most terrible things. No warning, and no forgetting. 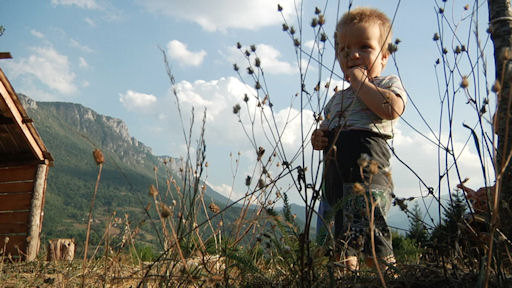