Matthias Schoenaerts and Diane Kruger are fun to watch in this simmering pot-boiler wannabe, but, as in meditation, one waits and waits and then … nothing. 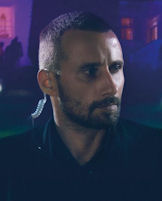 Schoenaerts plays Foreign Legion Afghanistan veteran Vincent Loreau, apparently an elite soldier who has returned home with afflicted with PTSD. He is in treatment and we hear the doctor telling him he is are not sure what is wrong but the military will not allow him to return until things are sorted. This is a great start to a “coming home” military vet drama. Schoenearts’ physicality lets him play the strong silent type to the hilt, and it’s even better when there is an undercurrent of deadly mayhem lurking beneath the surface.

The problem is, the deadly mayhem almost never surfaces. And when it does it is too little too late. This film could have been a staggering psychological thriller, or if could have been a great mystery thriller. But it ends up walking the line between the two and never finds a place to make a stand. The psycho killer aspect is not thoroughly developed and the screenplay misses out on several perfectly good plot twists that would have given the flick a nice kicker at the end.

Diane Kruger plays trophy wife Jessie in a pro-forma marriage with a very shady Lebanese businessman who is an international arms dealer (what else?). When a film starts with a party around the pool at a posh mansion and all the men are wearing business suits and ties, you know there is violence afoot. Vincent figures this out in a snap, and we do, too. OK, so where do we go from here? Hubby is mysteriously called to Geneva, then arrested at the border. It is getting better. Police security around the house is suddenly called away, leaving Vincent, Jessie and her cute little poster child to fend off the cruelest, meanest, most ruthless highly trained assassins in the world. It is really getting good now. And then???

Kruger and Schoenearts develop only a marginal screen chemistry. This could be forgiven and, in fact, for the first half of the film the viewer hardly cares. But in the end it proves crucial to the plot and there is not anything there. The same thing applies to Victor’s PTSD. The few scenes in the beginning of the film showing him deployed do not contain anything that would traumatize anyone. Maybe he is traumatized and we are simply supposed to believe it. Unfortunately, that is not the stuff of movies.

This is only writer/director Alice Winocour’s second feature-length film, and she has a long way to go. Co-written with Cesare nominated Jean-Stéphane Bron, the screenplay does not live up to expectations. The soundtrack by Mike Lévy and cinematography by veteran Georges Lechaptois are fine, but not enough to keep the plot afloat to the end. There are better films ahead for Winocour and the cast and crew of this movie. 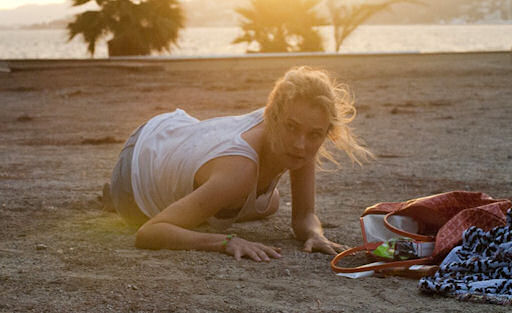