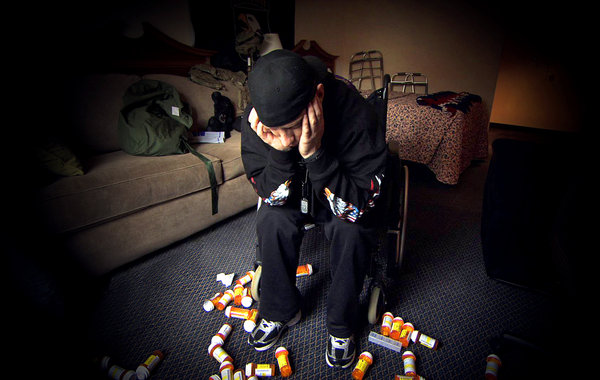 There’s a burning inferno spreading quickly across forest land. Firefighters are dashing in desperation. One of the firefighters, Wag Dodge, thinks the only way out is to stop and set a fire where he stands. The others are sure he’s nuts and rush on. When the fire comes roaring down the mountain, gaining speed, it rolls around the area Wag had burned out because now there was no fuel for the fire. Instead the fire engulfs his racing comrades in a fiery death.

That’s the way to start a movie to get everyone’s attention. That’s also the analogy used in this intelligent film on healthcare. We are in an emergency situation and we need to stop some of our current practices and use some logic to get out of the mess.

Several notable doctors like Don Berwick, Dean Ornish and Andrew Weil are featured in this brilliant piece that presents the easiest, most efficient, non-partisan solutions to our medical crisis.

Being that 75 percent of healthcare costs go to treating chronic diseases that are largely preventable, this doc also exposes the debacle of our current system, despite Congress’s 2010 healthcare reform. The not-so-big secret is that someone’s getting a payoff.

After the fire sequence this treatise on healthcare bookends with the story of Dr. Erin Martin, a primary care physician originally practicing in a scenic little town on the Columbia River in Oregon. It is her last day practicing at a clinic where she can only spend up to seven minutes with each patient.

The camera is welcomed in the patient examination rooms and we immediately see the irony the time restriction creates. Symptoms rather than causes are treated with prescriptions because that can be done quickly. Finding out causes takes a conversation.

Those featured in the film assert that “we’re in the grip of a very big industry and it doesn’t want to stop making money.” They are referring, of course, to the insurance and pharmaceutical industries.

What is rather shocking is the institution most willing and interested in bucking the system.

You will be proud to learn that the US Armed Forces, in treating the casualties from Afghanistan, are advancing medical practices right out of the ballpark by using alternatives to drugs so that our soldiers are not just treated, but cured. The camera follows the case of a dismally depressed young wheelchair-bound soldier from Afghanistan, Sgt. Robert Yates, who suffers from PTSD and injuries sustained in battle.

“Escape Fire” is one of the films currently being shown October – November as part of the Northwest Film Center’s 2012 Voices in Action series. It is also available for viewing on iTunes for churches, schools and community centers as well as individuals.

The important factor in the Voices series is that each film presents information that is fresh and absolutely crucial to providing the latest and best qualified information to help us advocate for what we already know is right.

ESCAPE FIRE: The Fight to Rescue American Healthcare (Trailer) from Our Time Projects on Vimeo.