Review: Eye in the Sky

Helen Mirren stars in “Eye in the Sky,” director Gavin Hood’s examination of the people who fight wars and the toll the fight takes on them. Appearing to be a war thriller featuring high tech drone aircraft, Guy Hibbert’s screenplay is actually a surgically accurate examination of the toll this new brand of warfare takes on its soldiers. 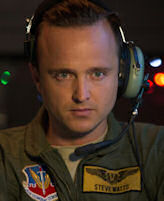 The soldiers in this case are members of the US Air Force. Tucked away in what look like shipping containers in the middle of nowhere in America’s desert southwest, Lieutenant Steve Watts (Aaron Paul) and Airman Carrie Gershon (Phoebe Fox) pilot the drones. Their nine-to-five job is to locate, track and kill the enemy via video link.

In this movie, the enemy are lethally dangerous terrorists in Kenya that are planning suicide bombings that could kill hundreds. A drone armed with two Hellfire laser air to ground missiles cruises overhead. It targets the people, the car and the house in which they stay.

Two smaller drones, one disguised as a bird and another as a flying beetle, are deployed next to, and inside the house for the close-ups. Although these two are cheesy enough to be funny, the point is they allow positive identification of the baddies inside. Mirren orders the hit, but at the last minute a young girl sets up a bread stand outside the house.

The team, headed by Lt. General Frank Benson (Alan Rickman, in his final on screen appearance before his death), is forced to decide if the girl’s life is worth the deaths of several lethal terrorists. As the ethical football is passed up and down at the highest levels of the US and UK governments, officials debate, and refuse to debate, whether or not the collateral damage of the girl is worth preventing two suicide bombings and offing three top terrorists.

A seemingly benign form of warfare, the film declares that 30 percent of drone pilots suffer PTSD. Military pilots have been bombing civilians since the first application of aircraft to warcraft. But it the last decade this has gotten much more serious for the flyers. Prior to the invention of drone warfare, no pilot had to look, literally, into the eyes of the victims. Now they do. What is more, as the film also points out, they are expected to come back the next and do it all over again.

The physical comfort of being able to fight a war from an air conditioned office means the warriors must do it day in and day out.

This movie goes further than any other to date taking the viewer into the souls of modern day air crews. The experience is terrifying. The act of killing from above has gone from the least personal form of warfare, to the most personal. The result may turn out to be just as lethal for the killers as for their victims. 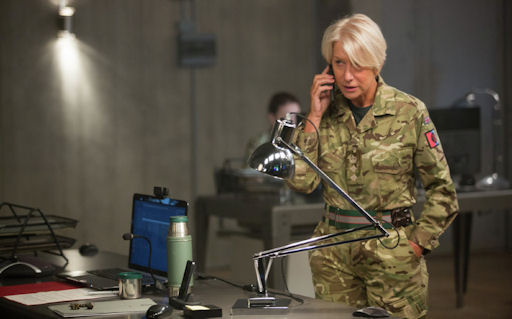