Review: Half of a Yellow Sun 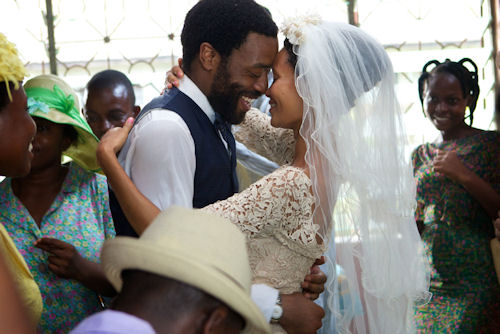 In the beginning, two beautiful women are dining at a stately dinner in their luxurious family home. In a seeming eyeblink, they are caught in the tightening vise of a desperate civil war.

This is a harrowing story of imperialism and the now-familiar pattern of events that follow the exhausted exit of an occupying power. With the original government dismantled, humiliated and disregarded, a newly independent country is predestined for chaos. Set in the grim aftermath of Britain’s 1960 exit from Nigeria, “Half of a Yellow Sun” is just as easily a reflective and prophetic film about more recent ill-planned incursions and withdrawals as it is an artful interpretation of what happened in Africa.

After the UK surrendered its control of Nigeria, Queen Elizabeth paid a ceremonial visit. The streets were lined with jubilant faces. However, within seven years the country slipped into a tragic internecine war of inexplicable tragedy.

Olanna and Kainene’s family supported the UK occupation and were rewarded for their complicity. The sisters typify the ruling tribes of Nigeria, historically distrustful but ambitious for power over each other.

Amidst this melee, trade, agriculture and the country’s infrastructure break down just as the relationships of the Igbo family fracture. The Nigerian Civil War becomes known as the Biafran War. No one knows where they can be safe and betrayal snakes through the land as it does in the sisters’ lives.

Olanna’s revolutionary lover, Professor Odenigbo (Chiwetel Ejiofor), is wracked by guilt and intention. Trying to respect his mother, be loyal to Olanna, and provide for his family, his integrity and spirit are tested. Like his country, he is split by his essential allegiances.

The movie is based on the best-selling book of the same name written by Chimamanda Ngozi Adichie. Published in 2006, Adichie received the 2007 Orange Prize for English Fiction for her work.

I recommend a quick brush-up on Nigeria via Wikipedia before attending this important film. It is full of historical references and some footing on Nigerian history would be helpful. Other than that, “Half of a Yellow Sun” is a remarkable film adaptation of a superb book. 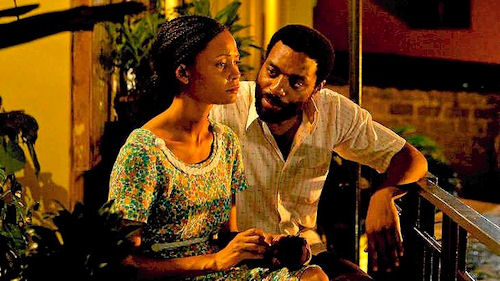 SPECIAL NOTES
“Half of a Yellow Sun” opened May 16, 2014, in New York City at the Quad Cinema.
It also has a special 5/19 showing at the Seattle International Film Festival along with a regular showing on 5/20.