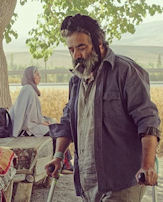 “Hit the Road” is a small movie. It has a small cast, and most of the action takes place inside of a small car. It is also a movie with a big, big heart.

This is the story of an Iranian family making a road trip across the mostly barren landscape from Tehran, Iran, to the border. Which border isn’t important. Along the way, we meet the Father (Hasan Majuni – “Pig”), the Mother (Pantea Panahiha – “Darkhoonga”), the Big Brother (Amin Simiar), the Little Brother (Rayan Sariak) and Jessy (the dying dog).

Big Brother is headed for the border in order to escape from the authorities. What he’s done is never explained, but there are other families at the border, also with family members waiting for human traffickers to get them out of Iran. That makes it seem like a political offense. In order to get that far the family has lost their house to make bail, and sold their car to pay the traffickers.

However, that is a small part of the movie. The real story is about the relationship between these four. Father is a sarcastic, cynical bear of a man. Mother is also sarcastic – perhaps this is an Iranian trait or perhaps the person doing the translation from Farsi to English captions has that bent. She is also loving and tender toward her Older Son who is tense, serious, depressed, and about to leave the family.

And the Younger Son! This little guy is a mouthy (but not vulgar), clever, wide open spirit who loves life, the world, and talking. He talks nonstop, taking his father’s abuse and giving it right back!

Jessy the dog was picked up in the street and given to the younger Son as a pet, but is slowly dying of an infection. The parents dread the effect the dog’s death might have on Younger Son.

They have small adventures along their travels, but the real story is their love for one another, and the heartache of loss, carefully delineated by writer and director Panah Panahi (“Hit the Road”). The acting is excellent, the cinematography superb, and the characterizations spot-on.

In this era of “action movies,” Batman and Superman get passing mention, but only in a touching scene where gruff father lies on the ground, exuberant Younger Son atop him, look up at the stars, and laughingly invent a story involving the two superheroes. No wild car chases or ultimate challenges of good versus evil – just a loving father and son bonding, which is so much more.

I highly recommend this film and look forward to more from Panah Panahi. 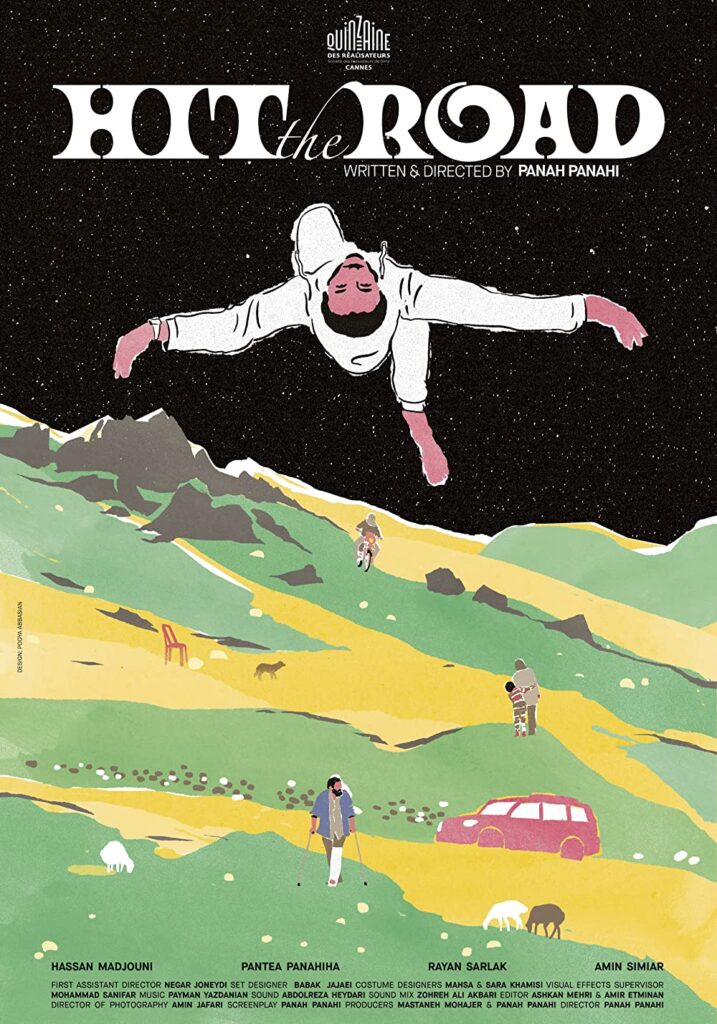