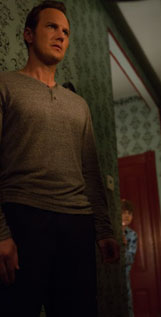 The problem with an original horror movie is that if it is deemed successful, the studio will make another movie and, in some instances, many more movies. Unfortunately, 90 percent of those sequels are not nearly as good because the concept is nothing new. Movies that suffer the “Saw” effect include “Paranormal Activity,” “Blair Witch Project” and, sadly, “Insidious.”

“Insidious” was very good and I had been looking forward to this sequel for a while. But the mistake this movie made was coming out after “The Conjuring,” because that movie set the standard for horror films this year. Oddly enough, “Insidious: Chapter 2” and “The Conjuring” were made by the same director, James Wan (and let’s hope the next installment of “The Conjuring” does not suffer the “Saw” effect).

If you saw “Insidious,” then you know Josh Lambert (Patrick Wilson) ventured into a distant land to get his son Dalton back. Dalton returned safely, but did Josh or is something else in his body? “Insidious: Chapter 2” is a look into Josh’s life, providing us with a back story on the spirits that haunt him and his family.

While it sounds like an intriguing set up, “Insidious 2” was poorly done and, in fact, this movie should actually be considered a comedy as everybody in the audience was laughing and hardly anyone was screaming.

“Insidious” was a great film because it brought something new to this type of genre and the scare moments were not easily recognized. The plot of “Insidious” was interesting in that it did leave you with wondering about Josh’s childhood because Dalton being haunted was no accident. “Insidious 2” provides us with answers to those burning questions, but after seeing the explanation, it would have been better not to know them.

I do not mind the backstory, but they present it in a way that makes you scratch your head. The plot was broken down like a Scooby-Doo episode when parties split and then convene after the monster is unveiled. Every scare moment is very predictable and provided more humor than fear.

Another thing that ruined this movie was useless characters. There were two characters that were completely useless and could have been erased. I also do not like when movies steal ideas from other movies because it shows lack of originality and the premise from “House at the End of The Street” was utilized in this film.

If you like comedies, then “Insidious 2” is a perfect film for you. But if you expected this to be like the first film, then you may want to save your money. 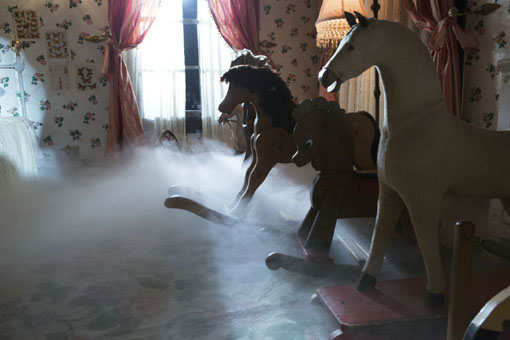