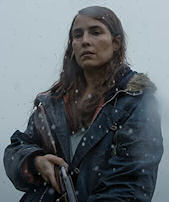 One upon a time, there was a little family that lived on a farm, far, far from any village. Theirs was a simple, happy life until one day, their beloved daughter was taken from them in death. The father and mother continued to work their farm and care for their sheep, but joy was gone from their lives.

Then, one Christmas evening, while the two people were snug in their cottage and a fierce storm blew outside, a spirit came down from the mountains and visited the farm.

The following spring, it was lambing time, and the ewes gave birth, one after another. One ewe in particular gave forth a lamb that was part sheep but also part human. The farm wife looked upon this birth as a miraculous gift, returning, at least in part, her lost daughter. They took the child from its ewe mother, and raised it as their own. But the ewe, like the farm wife before her, felt bereft of her child, and cried out for its return. The farm wife hardened her heart and slew the ewe, that she might have the child for her own.

The story above is the story of “Lamb” – a modern day fairy tale in the style of the Grimm Brothers. Its setting is a barren valley hemmed in by mountains somewhere in inner Iceland. Director/writer Valdimar Johannsson (“Harmsaga”) has woven a story of loss, recovery, and even greater loss. He has gotten very understated performances from his cast – Noomi Rapace, Snaer Guonason and Bjorn Hlynur Haraldsso – and a paucity of dialogue makes their physical movements and expressions more critical than usual.

This is a film that requires your full attention, yet offers long periods where your mind could too easily wander. This spare telling of the story gives the viewer plenty of opportunity to insert his or her own interpretation into the narrative – something one does not often have the luxury to do.

The film is beautifully shot by cinematographer, Eli Arenson (“The Spearhead Effect”), creating a sense of aloof beauty and isolation. Despite the wide-open spaces there is a feeling of claustrophobia, as if the very space depicted is closing in on one.

“Lamb” is a very unusual fairy tale, demonstrating the role of karma, even in a natural setting. 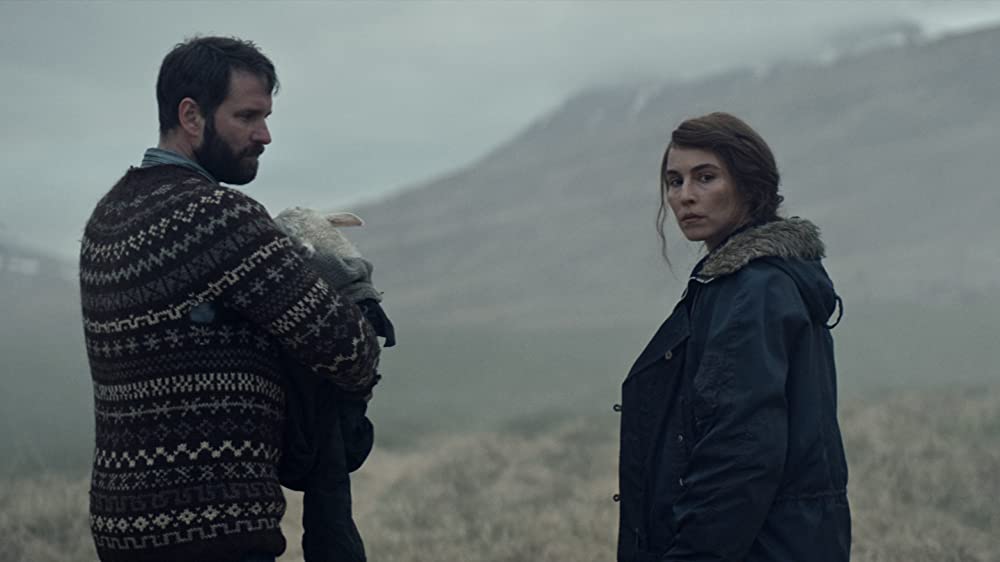