Many will flock to see “Mary Queen of Scots” with its dark and musty castles, mist-shrouded gentle landscapes and richly-colored costumes. Swiss filmmaker Thomas Imbach, with multiple writers, has idealized Mary as a romantic figure from Elizabethan times, truly more beautiful than her rival cousin, Elizabeth I, but just as well educated with fluency in seven languages. 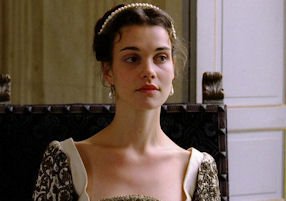 To recap, apart from the film, both Elizabeth I and Mary, cousins via the family of the ignominiously adulterous Henry VIII who had declared Elizabeth’s mother unfaithful and beheaded her, were claimants for the English throne. They were courted by opportunistic men as well as representatives of Protestant and Catholic hierarchies. Legend has it that Elizabeth’s personal allure was more related to her wealth and power while Mary’s more to her own romantic passions and captivating personality. History reveals that even Mary’s eventual captors fell under her charm and beauty while Elizabeth stayed distantly aloof in order to maintain control and power.

The cast, including Camille Rutherford as Mary with a Scottish brogue and flawless French, is dedicated. But the script not only skips over wide swaths of Mary’s life and incarcerations orchestrated by her cousin, but over full explanations of Mary’s murderous crusade against Protestants. The viewer would have to be an Elizabethan scholar to understand the context of the film’s sometimes confusing action.

In one moment, Mary’s son is born, and in the next, without explanation, she delivers him to another family to be raised. In another sequence she finds her true love, Bothwell, marries him and then tearfully sends him off into a forest. Where, why, when and what happened next?

Furthermore, the bigger issues of Mary’s own treacherous plans against Queen Elizabeth are not exposed at all. Where are the Catholic advisors and foreign supporters that propelled her to her ruin? Upon what did she base her dogged claim to Elizabeth’s throne and what was their explicit familial connection? Americans need an embedded history lesson to fully appreciate the intricacies of this royal intrigue.

With inadequate attempts at giving background information, a puppeteer is inserted with marionettes of Elizabeth and Mary. This is clever, but a little on the surrealist side as this puppeteer appears not only amongst villagers but also in Mary’s boudoir, once perching with her dutiful French handmaids on her bed.

This entry to the Portland International Film Festival (PIFF) was sponsored by the Consulate General of Switzerland. It is rich in beauty, environment and culture, but the story will leave most running to Google for the surrounding historical facts.