Screened at the 39th Seattle International Film Festival, this amazing film ranks as one of the greatest assemblies of home movies ever made. As the story goes, presidential insiders H.R. “Bob” Haldeman, John Erlichman, and/or Dwight Chapin were Super 8 video nuts. They loved to make home movies, they loved to make home movies of famous people, and they had total access to the most famous person in the world; Richard Milhous Nixon. The film is comprised entirely of archival TV news footage, press interviews and the Super 8 home movies of the three aids, who were probably the closest political operatives in the world to the most powerful president in the world. And, boy, were they dumb. 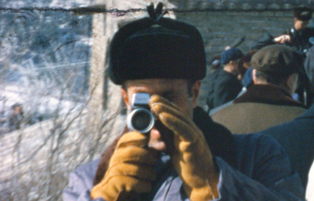 Also known as “Tricky Dick,” President Nixon also went down in history as the most vilified president of the 20th century as a result of his assumed responsibility for the Watergate break-in. This break in was executed to gather information to further his aim of re-election, although there is little reason to believe he would not have won, anyway, even without the information he broke the law to obtain.

Most of this is common knowledge to Americans in their 50s to 80s and is known at least through history books to younger generations. Even so, there is something eerily spooky about this film that puts an entirely new light on the facts that we thought we knew, and the people we thought we knew. The tapes were seized by the FBI during the Watergate investigation and locked up for forty years. When Lane and her co-producer Brian L. Frye learned of their release, they seized on the chance to plow through endless hours of material to cull the priceless makings of this film.

Part of the effect is due to the telling of this heart breaking and tragic story through a medium that many Americans grew up associating with a loving, protective and secure family. Although the Nixon administration started that way, it ended on a completely different note. Super 8 is the medium of the child’s birthday party, the first Christmas, the christening, the summer vacation at the lake, and the trip to see Grandma. That is exactly the way the film starts out; Super 8 videos of the happiest of times. The White House was exquisitely simple and spacious compared to today’s tightly synched staff army of the Obama administration.

In fact, to this day nobody can tell exactly why Nixon hired the gravely inexperienced Haldeman to head his staff. Perhaps he found badly needed ego strokes in being surrounded by people who did not, and could not, make him look bad. This dreadful lack of experience, wisdom and just plain common sense would eventually turn the halcyon days of grinning, grainy videos into the final tragic recordings of betrayal. 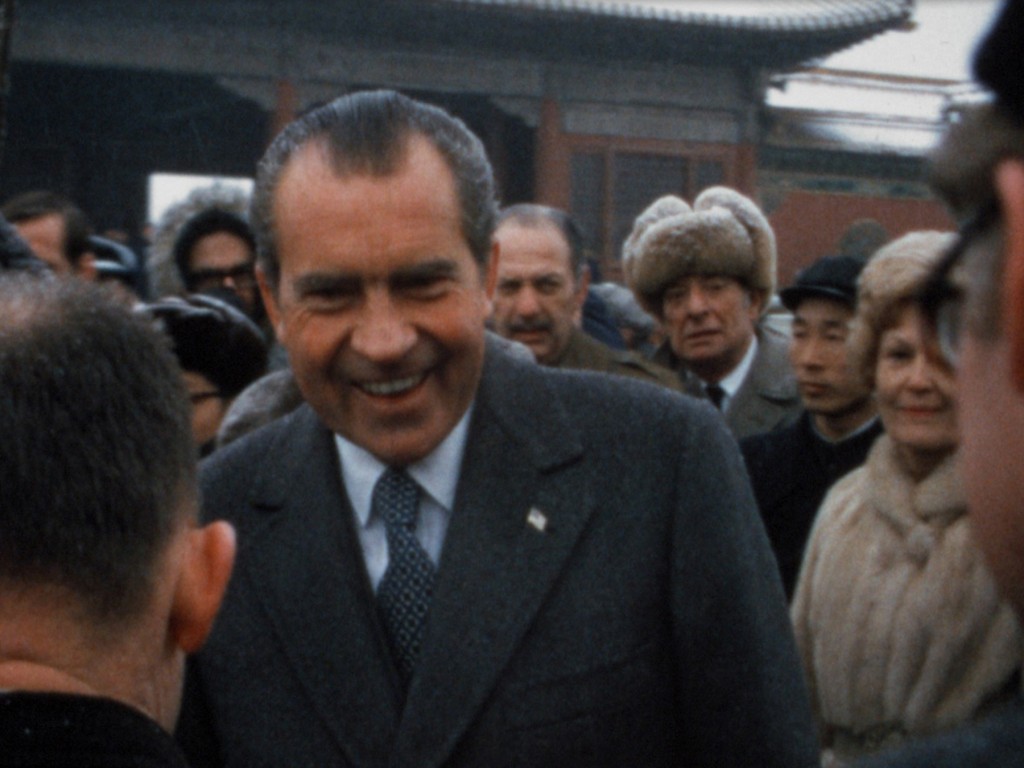 There is a tendency to see this film as engineered by Haldeman, Erlichman, Chapin, and/or their heirs and supporters, if not to rewrite history then, at least, to blunt its edge. Since Haldeman died in 1993 and Erlichman in 1999 enough water has flowed under the bridge to soften the hurt. Or perhaps director Penny Lane wanted to set the record straight, at least the way she saw it, by confirming that much of the blame for the failed administration should be attributed to Nixon, himself. In the end, the recording we hear (from Nixon’s own, secretly recorded tapes) seems to echo the conscious stricken, humiliated and disgraced president confirming that he knew everything but would force his staff to take the blame (which they did).

Considering that most Americans alive at the time, who were old enough to consider the evidence, had already come to that conclusion, this film has an awesome impact anyway. There is something about the way that the story nails the lid on the coffin that is truly remarkable. Again, perhaps it is the innocence of the completely amateurish and squeaky clean home movies contrasted with the disgrace of the president of the greatest democracy in the world intentionally breaking the law to gain re-election.

The film includes priceless clips of Henry Kissinger, complete with statements by insiders that Kissinger always claimed, though never to Nixon’s face, that as Secretary of State he was solely responsible for the historic rapprochement with China. Apparently he told anybody who would listen that the President had little to do with it, in either conception or execution. Maybe this explains why Nixon was averse to being surrounded by smart people. With smart friends like Kissinger, who needs enemies?

All-in-all, a very entertaining film and a “must-see” for anybody with an ounce of political pundit in them or an ounce of appreciation for watching the unfolding of dreadful disasters. The wonder of the Kodak moment makes the fall from grace only the more painful.