It’s been five years since “Pitch Perfect” oozed its way into pop culture with quips, mash-ups and cups. It’s been 2 years since its sequel snuck in with some one-liners and cameos. And that brings us to “Pitch Perfect 3” – the so-called farewell tour. 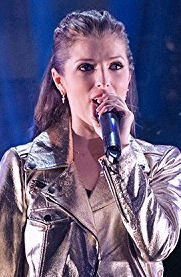 I use the term “so-called” because as is the case with any franchise, if the fans stick around and there is some serious cash flow, nothing is final. Franchises left and right are being beaten to a pulp just to make it easier to beat them into the ground. It is a so-called farewell because, let’s face it, if it makes enough money and gets a positive response, there will theoretically be “Pitch Perfect 4” the reunion tour.

Having seen the film, do I think a reunion tour is on the horizon? I wouldn’t be surprised, but I would think it would be unwise. I went in really – I mean really – wanting to love “Pitch Perfect 3,” because I’m a total fan who absolutely played cups in line for “Pitch Perfect 2” with a group of fellow aca-fans. And while I won’t say the third installment was awful, I would deem it unnecessary.

My issues with the film stem from the illogical setups and the flat finale – no pun intended. For example, and without giving away spoilers, Fat Amy (Rebel Wilson), who refused to run vertically in the first film, suddenly has fight skills in a forced and weird action sequence. Then, there is the over-the-top reasoning for having John (John Michael Higgins) and Gail (Elizabeth Banks) following the Bellas on the USO tour. It makes no sense and is clearly just an excuse to have them in the film, and their characters do have some of the funnier lines in the movie.

Now, what about the music? I was disappointed in song choice and lack of mash-ups, sans the inevitable riff off sequence. The finale, which we all know is going to consist of a musical number, really let me down and that is unfortunate because a solid finale could have saved my love for the franchise.

What “Pitch Perfect 3” does have is the funny lines and chemistry of the cast that audiences gravitate towards. If only the story hadn’t been forced and totally weird. There are throwbacks to the first and second film and the musical numbers that hit, hit well, which will please the fans.

All in all … I know … aca-scuse me. I don’t recommend paying full price to see “Pitch Perfect 3” in theaters unless you are a die-hard fan who couldn’t bear the thought of not seeing it on opening night. In that case, my opinion would hardly matter in your decision-making process. But, sorry Bellas, in my book, you have been cut off.