Review: Road to the Well

Frank (Laurence Fuller) is having a tough time finishing his PhD thesis. Things don’t get any better when he finds his boss screwing his girlfriend in the office break room. Nobody else in his workplace seems to think anything of it but Frank is bothered. He needs a change, even if it means dismembering a body and burying it in the backyard of a psychopathic war veteran hermit isolated in an uninhabitable remote forest laden with dirty, frozen snow. 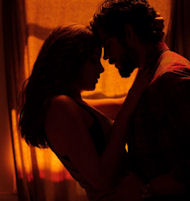 The body is courtesy of his old best friend, Jack (Micah Parker) who shows up on his doorstep before his girlfriend and boss can even get their clothes back on and offers Frank a solution no man can refuse. He will hook Frank up with a very hot number by the name of Ruby (Rosalie McIntire) who will give him the sexual healing he needs to finish his thesis and get a good job. When Frank looks up and asks if it was as good for her as it was for him, someone pounces on them and beats Ruby to death with a tire iron. Frank should have stuck with that PhD and directed Jack to the closest Motel 6.

But boy are we glad he didn’t.

Mysterious and eccentric characters come and go during the road trip with the corpse in the trunk, Frank’s broken heart and Jack’s mysterious secret. In the end, all is revealed but most in the audience would sooner see a couple more graphic murders rather than listen to the rambling inchoate paraphilosophy of the two partners in crime.

Nice percussive soundtrack by Conor Jones makes sure we know that things are not going end well and there should be lots of blood and hurt feelings. The soundtrack is punctuated by nice lonely railroad shots and throbbing locomotives, but the ending scene of the electric locomotive is oddly funny. They should have waited for the real thing.

Emerging cinematographer Tim Davis shows his chops with the requisite dark stormy night shots but the end result is same sort of “OK, what’s next” feeling that pervades the entire movie. Most of the cast and crew seem to be warming up for the next one. The film lists about a hundred people with “special thanks” so it appears congratulations are in order for the production of a horror film produced on a hamburger budget.

Speaking of special thanks, possible lifetime achievement Oscar nomination for Marshall R. Teague as Dale the war veteran chaplain who is only a few last rites away from that chapel in the pines. There must be some reason the war vet segment is in the film, but it is hard see what it is. Debut writer/director Jon Cvack should hook up with a good screenwriter, stick to the directing and keep developing this talented cast and crew. There are better things ahead. 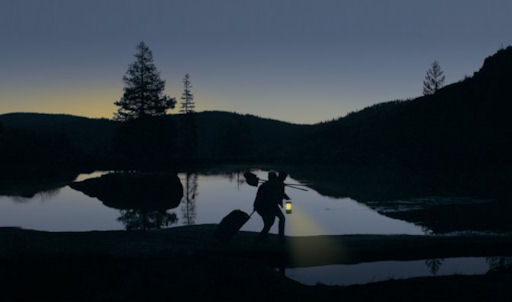