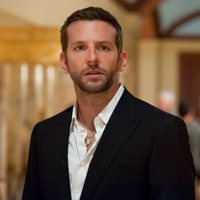 Rarely do I fall in love with a film, but “Silver Linings Playbook” had me at “Excelsior,” a word Bradley Cooper’s character, Pat, chants as his mantra.

We first meet Pat right as his apprehensive mother, Dolores (Jacki Weaver), picks him up from a psychiatric facility, where he’s stayed for several months after nearly beating a man to death during a mental breakdown. Diagnosed with bi-polar disorder prior to the incident, the former High School teacher is released into his parents’ care, provided he takes his medication. Unfortunately, convincing Pat to do so proves to be a daunting task for Dolores and Pat Sr. (Robert De Niro).

From the moment Pat arrives, he’s manic and defiant. Believing he can conquer his illness with a positive outlook and win his wife back, it isn’t until another violent episode that he concedes. The turbulent setback doesn’t dash his hopes of achieving his goal, however. Instead, Pat becomes all the more obsessed with returning to his life before the episode. So, he visits his old High School and reunites with his old buddy Ronnie (John Ortiz) and his wife Veronica (Julia Stiles), who happen to still be friends with Pat’s wife, Nikki.

As a way to convince Nikki he’s a changed man, Pat agrees to dinner with Ronnie and Veronica in the hopes they’ll put in a good word for him. Enter Veronica’s sister Tiffany (Jennifer Lawrence), a young widow with her own neurosis. Sparks fly between Pat and Tiffany immediately. Everything Pat says to Tiffany is hilariously inappropriate. Tiffany, who is one hell of a firecracker and very clever, doesn’t put up with it and returns fire with snark. From that point forward, you’re rooting for these two to get together because Tiffany is the only one who can counter and deal with Pat’s erratic behavior and Pat isn’t put off by Tiffany’s defensiveness.

And this brings me to chemistry. Cooper and Lawrence have plenty of it. The bantering back and forth is so natural, one may wonder if the pair had actually dated. But it is Cooper’s moving portrayal of a man suffering from a mental illness that resonates. He’s never over the top with it. Even during his manic and violent phases, we can’t help but empathize with him and his struggle. Combined with Jennifer Lawrence’s gutsy and honest performance as Tiffany, “Silver Linings Playbook” may earn a few nominations this award season.

The supporting cast is fantastic as well. Robert De Niro and Jacki Weaver perfectly convey the cautious optimism parents would feel in this situation. Of course, De Niro is the standout of the two, proving yet again what a brilliant actor he is. John Ortiz was very amusing as the stifled husband on the verge of a meltdown and Julia Stiles was a spot-on overbearing wife. Before watching “Silver Linings,” I had no idea Chris Tucker was in the film. His contribution was hilariously refreshing and made me realize how much I missed his comedic genius. Even Anupam Khur, who played Pat’s therapist, was a delight, and he only had a few lines of dialogue.

As a follower of David O Russell’s work, I’ve waited several years for his return to comedy. “I Heart Huckabees” has long been a favorite of mine, but now “Silver Linings Playbook” has dethroned it. Not only was his direction perfect, the screenplay, which he adapted from Matthew Quick’s novel of the same name, was flawless. I wouldn’t be surprised if Russell earned an Oscar nomination here, too. Of course, this would be nothing new for Russell since “The Fighter” won two awards last year, with Christian Bale and Melissa Leo taking home the gold for best supporting actor and actress.

The uplifting (literally and figuratively — you’ll get my meaning once you’ve viewed the film) ending brings a smile to my face. But I won’t spoil it for you, it’s something best experienced in a theater. Go see “Silver Linings Playbook” when it opens nation-wide this Wednesday, right on time for Thanksgiving. 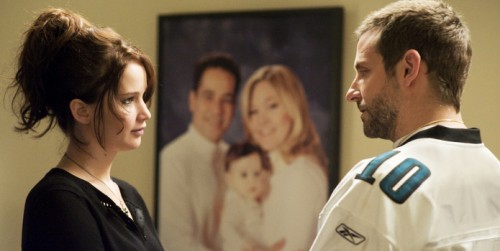