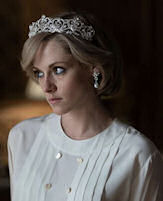 When does a film cross a line into defamation of character so strongly that all a viewer can hope for is legal action?

I urge you not to see this film. It is a flagrant, vulgar and blatantly fictitious version of a woman who, in reality, inspired a world. As in life, Diana Spencer’s name and story has been used, scandalized, and perverted by money-hungry piranhas in the making of “Spencer.”

A month after its release, on Nov. 5, 2021, the director, writer, and lead in “Spencer” disavowed any truth to their artistic, “metaphorical” rendering of Diana’s life. Their story takes place during three days over Christmas holidays at Sandringham Castle in the ’90s. Undoubtedly, their public announcements of not-meant-to-be-true were to show “no malice” in order to help avoid a legal suit. I know I would be quick to sue if my mother had been fictitiously personified using fictitious events and I hope at least Harry and Meghan, the only ones who have sued (and won) before, will initiate the case.

I’m not going to write much about this embarrassing concept of a film. Not the filmmaker, the crew or the cast names will be mentioned here. That a film can be made based on lies about a real person is untenable. Though Diana was reasonably upset by news that her husband was involved in an affair, the incidents depicted in this film, including Diana’s ingestion of large pearls, the disrobing of a scarecrow, an escape to a haunted childhood home, the hallucinations of Anne Boleyn, and a lesbian maid expressing attraction and love for her, have been admitted by the filmmaker and crew as fictitious.

Quotes from the filmmaker: “The fact that we can re-create certain things and portray who a person really was — that can be a suffocating idea.” Instead, he wishes to be free of “the prison of historical accuracy.”

I am not going to report anyone’s reasoning for using “artistic” liberties with the story of a real person. I condemn misleading, inaccurate, slanderous breaches of ethics in films. It is one thing to typify a personality through a scene, and quite another to create a whole movie written in lurid, disgusting lies that besmirch character.